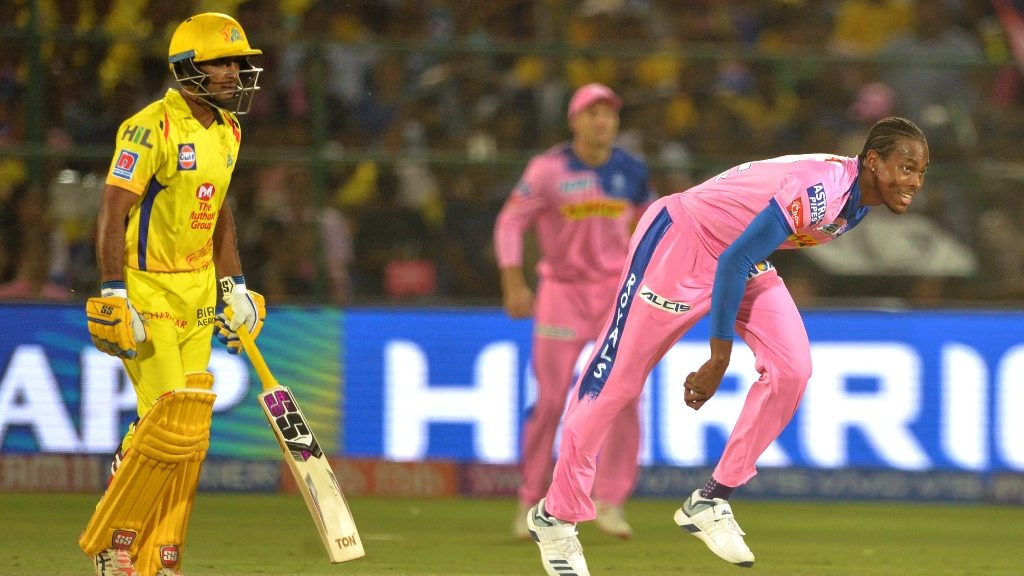 England and Rajasthan Royals bowler Jofra Archer is known for his antics on Twitter. Every now and then his old tweet goes viral and even nowadays, the pacer keeps on tweeting something or the other. Accordingly, he tagged the Xbox UK ahead of the Indian Premier League (IPL) asking how many wickets they want to pick him to get the new gaming console.

Even Xbox had responded then that the pacer has to get Australia opener and Sunrisers Hyderabad (SRH) David Warner‘s wicket only to get the new console. This was an interesting reply given the fact that Archer had wood on the left-hander during the T20I and ODI series between Australia and England before the IPL.

Jofra Archer and David Warner locked horns for the first time, almost three weeks after the IPL began, on Sunday. And the former ended up castling his counterpart fulfilling the condition of Xbox. He is now expected to get a new gaming console worth INR 50,000.

@xboxuk how many wickets this tournament for a new Xbox ?

One and only royal mirage 🥰 https://t.co/2B5Z4mZHdN

Jofra Archer on fire against SRH

Meanwhile, Jofra Archer bowled exceptionally well in the game against SRH helping the Royals restrict them to 158 runs in their 20 overs. Apart from picking the wicket of David Warner, he was economical as well conceding only 25 runs in his four overs.

Moreover, Archer is also the leading wicket-taker for the Royals with nine wickets to his name in seven matches. He is at the fifth place in the race for the purple cap. However, the Rajasthan Royals are not performing to expectations. After winning the first two matches in Sharjah, they have lost their momentum completely losing four matches on the trot.

Their ace batsmen Jos Buttler and Steve Smith, along with Sanju Samson, have failed to fire collectively and that has affected the team as well. Even the veteran batsman Robin Uthappa hasn’t been at his best. On the flip side, Jofra Archer has played some quickfire knocks even playing a role in the team’s win during the record IPL chase earlier in the season against the Kings XI Punjab (KXIP).

Raining runs: Top 5 batsmen with most ODI runs in a single year