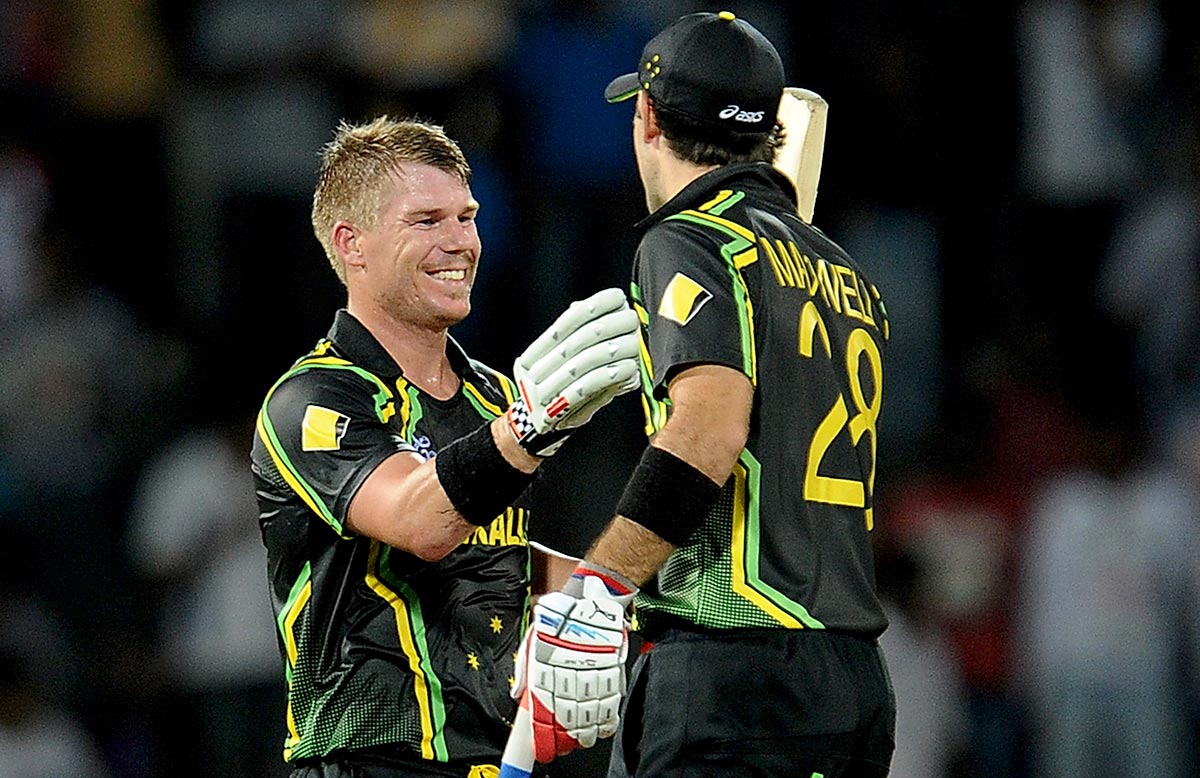 Glenn Maxwell probably lives out a fairytale when it comes to earning the big bucks in IPL. In the IPL auction that took place on 18th February 2021 at Chennai, Maxwell was bought for a whopping sum of INR 14.25 Crores by the Royal Challengers Bangalore (RCB) side.

In fact, in the last 3 years alone, Maxwell has earned a colossal amount of INR 34 Crores. And, what was interesting to note was the fact that in spite of scoring just 108 runs last year, Maxwell still managed to earn a massive amount in the auction.

During the first T20I that took place between Australia and New Zealand, David Warner got a chance to lend his voice in the commentary box for Fox Cricket. And, when Maxwell was brought on to bowl, Warner decided to bring up the topic of the IPL auction. Warner cheekily stated that Maxwell had definitely not got a bad result in the IPL auctions. Mark Waugh was with Warner at that time, and he added that it was definitely not a bad result for Maxwell in terms of money, considering how he had performed in the previous season.

“Not a bad result in the IPL auction for the ‘Big Show’ either,” Warner was heard as saying in the commentary box.

It was at this time that Mark Waugh decided to throw in his one liner. “Considering his last IPL season,” quipped Waugh in the commentary box.

I am sure Glenn Maxwell will deliver: Warner

However, Warner decided to continue with the topic. The Sunrisers Hyderabad (SRH) skipper added that it was indeed surprising how Glenn Maxwell was let go after the 2020 edition of the IPL, but still managed to get a lot more money after being released. However, Warner was quick to add that Maxwell is a ‘capable’ player and was of the opinion that he would surely deliver in the upcoming IPL edition.

“It’s surprising, you get let go from your franchise and you get a lot more after being released. We know what he’s capable of, and I’m sure there’s a bit of expectation but I’m sure he’ll deliver,” concluded Warner.