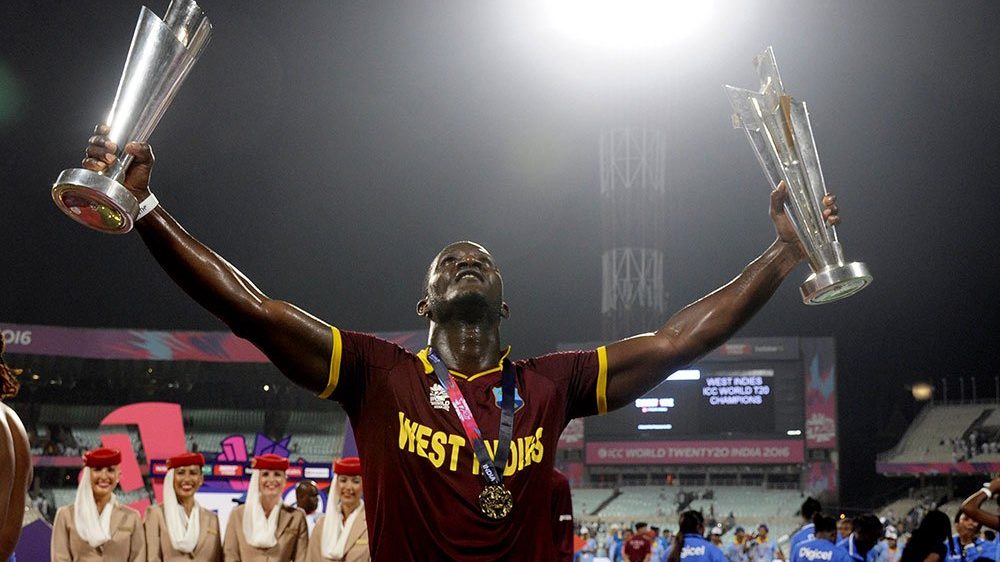 Former World Cup-winning captain of West Indies, Darren Sammy has called Indian as the ‘team to beat’ in the upcoming ICC Men’s T20 World Cup 2021. The tournament will be starting on October 17, 2021, in the United Arab Emirates. As the schedule of the tournament was announced, Sammy spoke about the Indian team and their strengths.

Sammy was the captain during the two World Cup triumphs for the West Indies in the shortest format. He led them to victories in the 2012 and 2016 editions of the tournament. Speaking about the Indian team, the former all-rounder stated that Virat Kohli’s side has most of the attributes to succeed in a high-pressure tournament such as this.

“India is the team to beat. We have heard Dinesh Karthik talk about it – the experience, their T20 players come into international cricket with, whether it is from India’s domestic T20 cricket or the IPL, you see all the countries go there and get the experience. Apart from the World Cup, I think this is, if not, the most pressure situation (tournament), where the players will be under and India has that formula,” Sammy said on Star Sports show ‘Game Plan: ICC T20 WC Schedule’.

Sammy further recited a story from 2016 when West Indies travelled to India for the T20 World Cup. He admitted that team management had understood that in order to win the tournament, they needed to do well against India. Eventually, they defeated India in the semi-final to qualify for the final during that event.

The 2021 T20 World Cup was supposed to be played in India in the first place but had to be shifted to due to the COVID-19 protocols. Sammy noted that despite the tournament getting shifted to the UAE, the Indian players will be ready for the conditions given that the IPL 2021’s second phase will be played a month prior to the summit event. Sammy further iterated that for any team to win the tournament, it is important to beat India at some point in time.

Mohammed Siraj: Silencing his haters in the best possible style