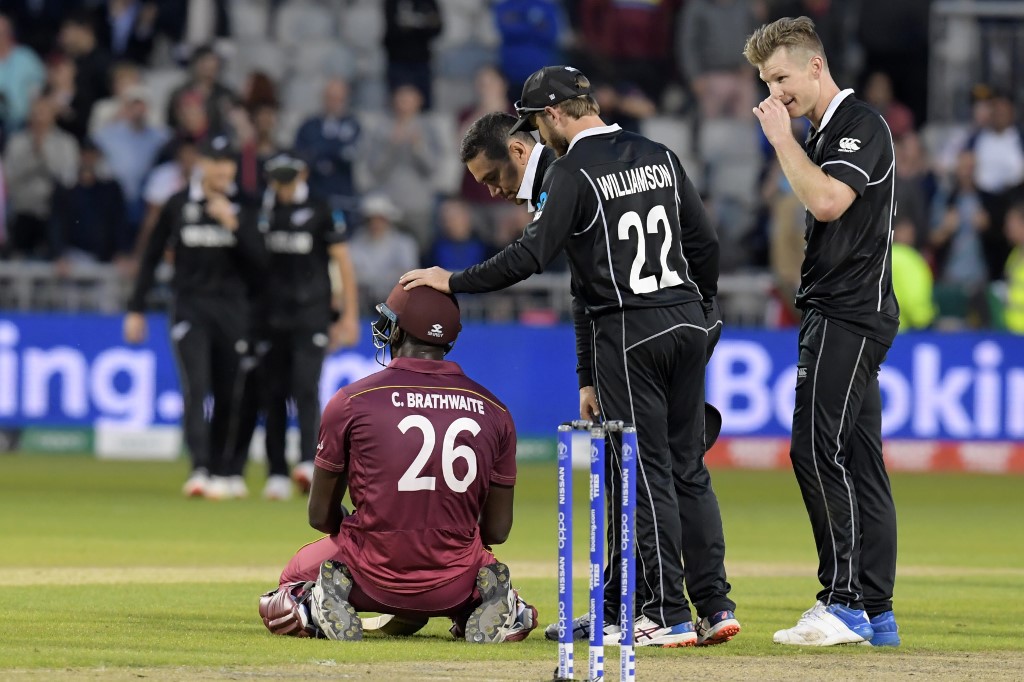 22nd June 2019 was an absorbing day of World Cup cricket! In Southampton, India averted a major upset against an ambitious Afghanistan side on the penultimate ball of the final over. In Manchester, Carlos Brathwaite’s heroic hundred almost got West Indies home, only to end in an agonising 5-run defeat against unbeaten New Zealand.

It was a different West Indies that showed up at Old Trafford. A team that was desperate to win. A team that wasn’t ready to go home just yet. Their bowling was attacking, their intent was positive. And they had a dream start by denting New Zealand’s top order early on. That they couldn’t knock down Williamson’s grit is a different story. But even after being faced with a daunting target of 292, West Indies didn’t seem to panic. They knew they had the firepower. Chris Gayle and Shimron Hetmyer’s acceleration brought them up to speed with the asking rate. Towards the end, a late flourish from Brathwaite threatened to take the game away from the Kiwis.

Bring on the Cottrell salute!

Few cricket matches in World Cup history have witnessed such a dramatic turn of events in the very first over. New Zealand’s openers had barely taken guard when pacer Sheldon Cottrell sent both Martin Guptill (LBW) and Colin Munro (bowled) packing for golden ducks. It was a disastrous start for the Kiwis, but just the perfect one for the West Indies. It was an even better field day for Cottrell, in particular. The left-arm fast bowler finished with impressive figures of 4/56 in his 10 overs, held an important catch and also effected a crucial run-out. Most importantly, he bagged the prized scalp of the menacing New Zealand skipper. That’s not it, he also added 15 useful runs at a time Brathwaite was running out of partners in the chase.

Recovering from a double jolt (7/2 in 0.5 overs) was always going to be tough. But in Williamson and Ross Taylor, New Zealand had two of their most experienced players manning the crease. The duo battled through a testing passage of play with ice on their heads. The first 10 overs yielded just 30 runs, but that was the least of their concerns. As soon as the Powerplay was done, both batsmen put the pedal to the metal and went on to register their 14th hundred-run partnership in ODIs. For a brief period, it seemed like the two batsmen were in a race to outdo each other. Every Williamson boundary was followed by another one from Taylor’s willow. They also notched up their fifties in the same over. In a lapse of judgement, Taylor gifted his wicket to the Universe Boss in the 35th over. Captain Kane fell in the 47th, just 2 runs short of his 150. By then, a par total was already on the board with useful cameos from the lower middle order. 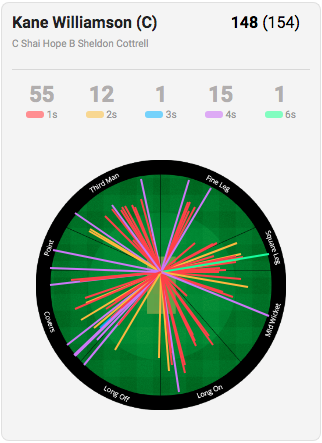 New Zealand’s lackadaisical effort in the field led to them dropping Gayle twice in the 18th over. Hands over head, anguish in the eyes. They knew they had committed an unpardonable sin. In his 84-ball 87, Gayle smoked 8 fours and 6 sixes and the momentum pretty much swung their way. His companion, a level-headed Hetmyer (54 off 45 balls) was batting at an even better strike rate. New Zealand finally got rid of Gayle in the 24th over, but they didn’t know what was coming next. A determined Brathwaite walked out as West Indies’ last designated batsman. His 82-ball 101 had a lot more than just boundaries. It had the burden of living up to his reputation, the pressure of getting his team over the line.

But in a tight contest between bat and ball, the New Zealand bowlers displayed courage. They weren’t afraid to unleash raw pace and bounce. Trent Boult led with an inspiring 4-wicket haul, bowling at an economy of 3. Lockie Ferguson struck twice in two balls, dismissing half-centurion Hetmyer and captain Jason Holder (0) on his first delivery. Brathwaite’s power-hitting caused a temporary hiccup, but Jimmy Neesham kept his calm to deliver a wicket-taking ball at the close of the 49th over. 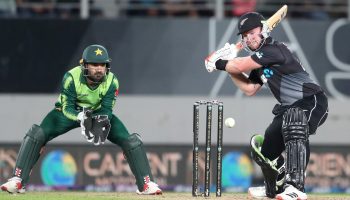 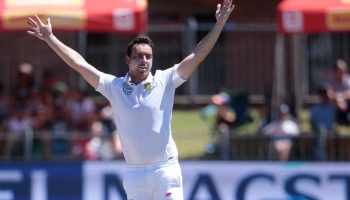