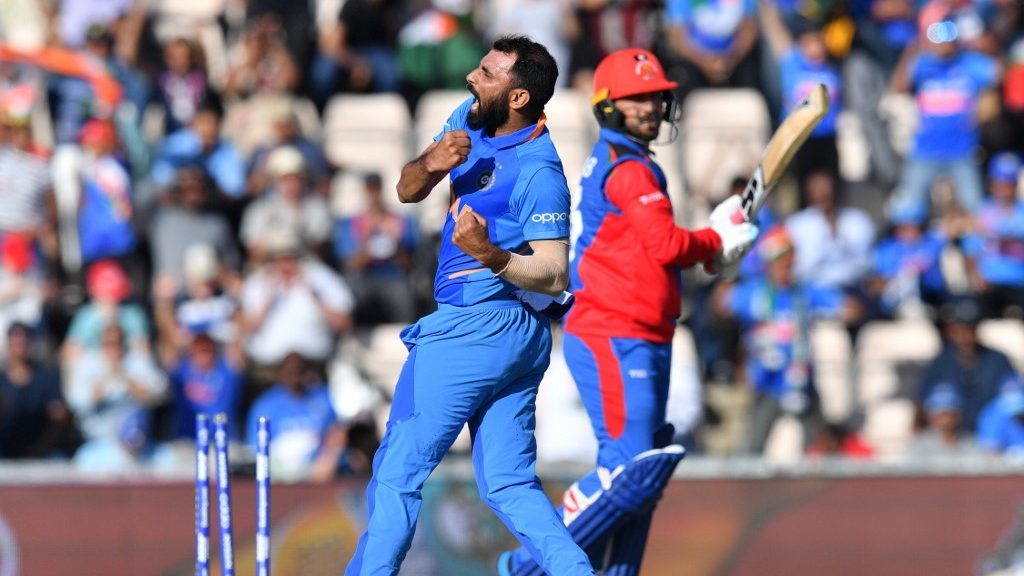 Defending 21 runs from 12 balls, the Indian pace bowling pair of Jasprit Bumrah and Mohammed Shami showed their pedigree by clinching a memorable win. Bumrah conceded only five runs in the penultimate over and Shami sealed the victory with a stunning hat-trick. Shami became only the second Indian bowler to claim a World Cup hat-trick as India celebrated an 11-run triumph. The tournament favourites successfully defended a low score of 224 at The Rose Bowl, Southampton.

Captain Gulbadin Naib and Rahmat Shah played out the fiery initial burst from Bumrah and Shami. Once set, the duo applied common sense and batted smartly. After Naib’s fall, Rahmat continued the fight with Hashmatullah Shahidi. At 106/2 in 28 overs, Afghanistan was on course to pull off one of the greatest upsets in World Cup history. Indian Captain Virat Kohli brought back his ace bowler, Jasprit Bumrah, and the bowler delivered like he always does. In a single over, he removed both Rahmat and Hashmatullah to puncture the chase.

Mohammad Nabi walked out to bat after the double-strike. The all-rounder did not give up and took the fight to the Indians. Taking stock of the situation, he was clever in playing out India’s strike bowlers and conserved big shots accordingly. When he struck a four on the first ball of the final over, Afghanistan was truly alive in the game. It was his wicket that finished the contest. Earlier, Afghanistan impressed with their bowling effort.

When India chose to bat first, there were great expectations from the power-packed batting lineup. But Mujeeb Ur Rehman washed away these perceptions in his first spell. The mystery bowler foxed in-form Rohit Sharma with his carrom-ball to send him for 1 (10). Rehman bowled six overs on the trot and conceded only 18 runs in the opening spell. It started Afghanistan’s domination over the Indian batting.

67 runs from 63 balls may not sound extraordinary but this very innings by Virat Kohli was a display of world-class batsmanship. The number three did not play a shot in anger yet accumulated runs at a higher strike-rate than any other batsman from his side. Of Kohli’s 67, only 20 runs came via boundaries. The world’s best ODI batsman gave a masterclass in run-scoring on a tricky track. 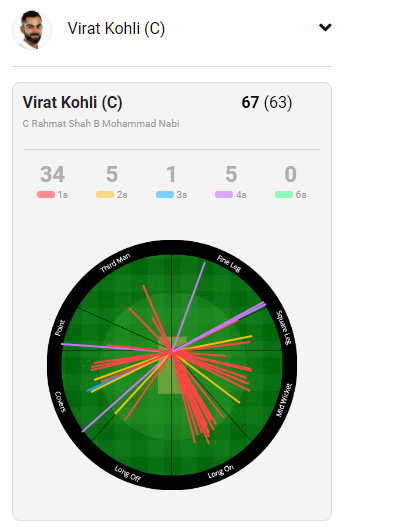 Apart from Kohli, no other batsman could break free against the Afghani bowling. Both Vijay Shankar and MS Dhoni got set but were dismissed before they could accelerate. Afghanistan employed four spinners who exploited the pitch to perfection. They conceded 119/5 in 34 overs that they bowled. Kedar Jadhav scored a fine 52 despite which India added only 49 runs in the last 10 overs. The final score of 224/8 gave Afghanistan hope.

5 reasons why Ajinkya Rahane’s calm shines amidst the storm