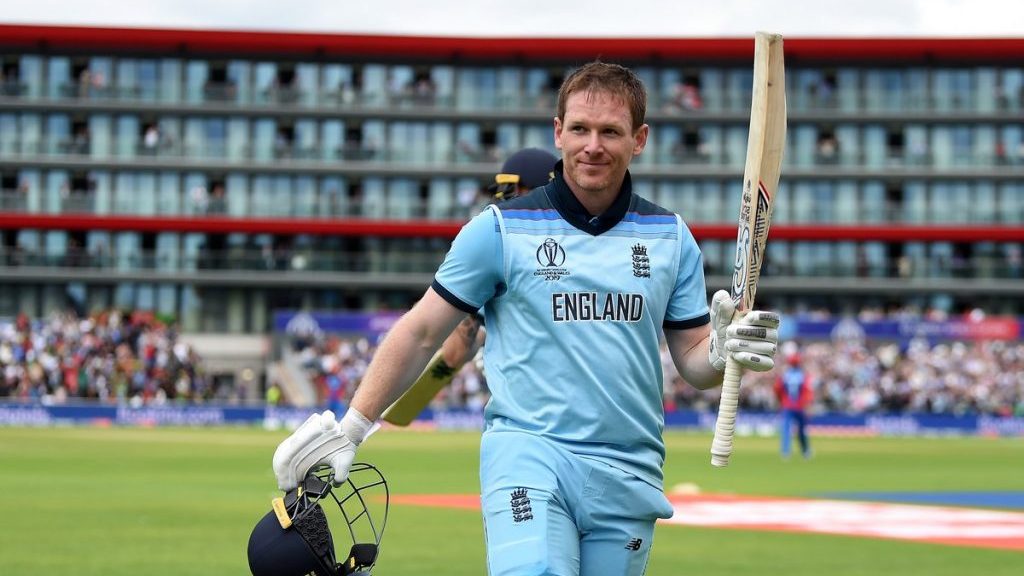 England were hot favourites leading into the 2019 World Cup while Afghanistan’s potential to upset any team on a given day was not ignored. On this day at Old Trafford, Manchester, English captain went berserk against Afghan bowling line-up to play the one of the most destructive World Cup knocks ever. Walking out to bat at 164/2 in 30 overs, Eoin Morgan’s smashing 148 carried England to a 150-run triumph. Here are the records that fell in the process.

In his innings of 148 runs from 71 balls, Morgan cleared the ropes 17 times in total – a world record in ODI cricket. Previous best belonged to Chris Gayle, AB de Villiers and Rohit Sharma who had smashed 16 sixes in an innings.

England in total struck 25 sixes which was also the highest in an ODI innings by a team. The English team surpassed their own tally of 24 sixes which came against West Indies at Grenada in February 2019. Afghanistan’s innings also included 8 sixes. The match total of 33 sixes became a World Cup record.

Eoin Morgan completed his hundred in just 57 balls which turned out to be the fastest century for England in the World Cup. Jos Buttler had earlier scored a ton in 75 balls against Pakistan. Overall, Morgan’s century was the 4th fastest in World Cup history. Kevin O’Brien’s 50-ball hundred at Bangalore in 2011 World Cup remains at the top.

Highest-ranked spinner in ODI cricket at that time, had a terrible outing at Old Trafford yesterday. Rashid conceded 110 runs in his nine overs. These remain the worst bowling figures in the World Cup. Previously, New Zealand’s Martin Snedden had conceded 105 runs in the 12 overs against England in the 1983 World Cup.

In ODIs, only Mick Lewis from Australia (113) and Wahab Riaz from Pakistan (110 runs) have conceded more or as many runs as Rashid.