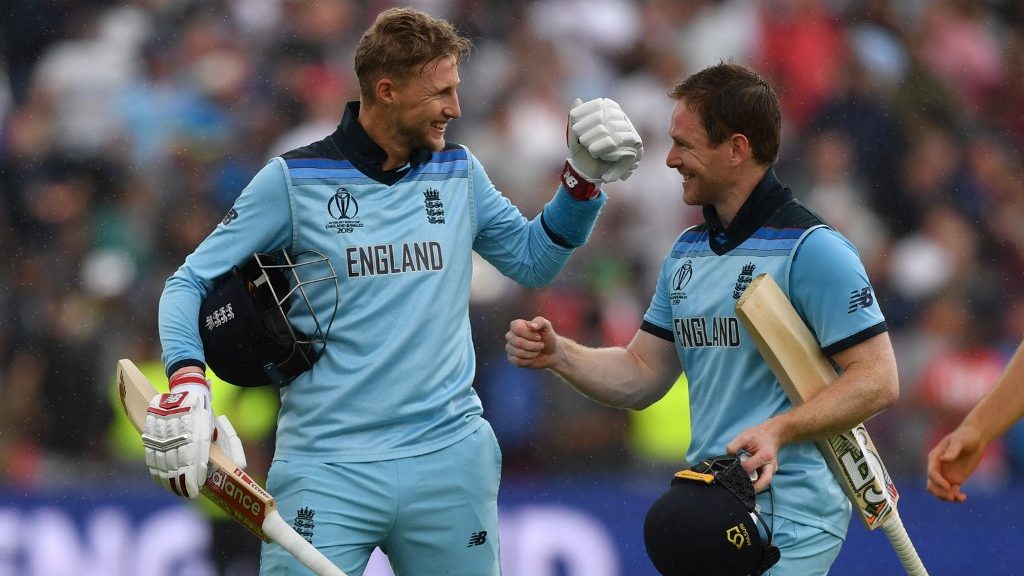 It all came together for England on 11th July 2019. For the first time since 1992, they qualified for the finals of the World Cup. And they did it by outplaying the best in the business with a noisy Edgbaston crowd getting behind them. Five-time winners Australia knew the pressure of playing in World Cup knockouts more than any other team in world cricket but they faltered when it mattered the most.

England knew they needed to get rid of Australia’s in-form openers who had been scoring the bulk of their team’s runs. And Archer was right on the money, trapping Aaron Finch for a golden duck on an inswinging first ball of the 2nd over. The Australian captain reviewed it, only to take a long walk back to the pavilion. Australia’s horrid start was dealt another blow when Chris Woakes squared up David Warner, drawing an edge to the slips. Woakes then began terrorising Peter Handscomb, before finally going through his defence with the one that nipped back in. Australia were tottering at 14/3 in the 7th over.

Archer continued his lethal spell and a nasty short ball in the 8th over saw blood gushing out of Alex Carey’s chin. Promoted up the order owing to his form in the tournament, the wicketkeeper showed the presence of mind to catch his helmet and stop it from falling onto the stumps. With a bandage strapped around his face, Carey continued to consolidate the innings alongside Australia’s new No.3, Steve Smith. The duo steadily played out the middle overs and added 103 runs for the 4th wicket, before Adil Rashid tempted Carey to go for the big shot and picked him at midwicket.

After a mediocre IPL 2019, Australia hoped Steve Smith to come good on the biggest stage. But even as the Aussies finished second on the points table, the former skipper struggled to find his rhythm coming into the semi-final. With three fifty-plus scores in his last three World Cup knockout appearances (QF, SF and final of 2015 World Cup), Smith had been Australia’s go-to man in crunch situations. And it is under pressure that his perseverance and resilience came to the fore. Smith’s grinding half-century (85) was the anchor that held Australia’s batting at one end, even as wickets tumbled at the other. Glenn Maxwell’s 22-ball 20 came to an abrupt end when Archer surprised him with a slower knuckleball.

Once again, England’s bowlers executed their plans to perfection and got crucial breakthroughs at regular intervals. Archer’s pace, Woakes’ accuracy and Rashid’s leg-spin guile all combined to restrict the Australian batsmen at one end. But at the other, Smith piled on the runs and guided his team to a decent total of 223 with some help from Mitchell Starc (29) towards the end. England tried to get rid of Smith in every possible way, but the batsman finally fell to a brilliant nutmeg run-out from Jos Buttler that went between his legs. Woakes, with figures of 3/20 in 8 overs was the pick of the England bowlers.

Watch the dismissal on the #CWC19 app 👇

The best part about England’s innings was that their batsmen didn’t crumble under the pressure of a low-scoring chase, neither did they get too overconfident. Jason Roy (85) and Jonny Bairstow (34) went about their business as usual right, playing the only way they know. England’s most successful opening pair cautiously saw through the opening burst from Australia’s pacers. But once they were set, Roy activated his beast mode and put the pressure back on their bowlers, including their leader Starc. The duo stitched a 124-run opening stand without breaking any sweat.

Starc trapped a physically struggling Bairstow plumb in front in the 18th over, but Australia knew it was a tad too late. Bairstow went for the review straightaway, but three reds meant he had to depart. And then, in a desperate search for a wicket, Finch threw the ball to Smith. But Roy wasn’t in the mood to forgive. He clobbered Smith for 21 runs in an over. And the match seemed to be slipping further away from the defending champs. Roy was bounced out by Pat Cummins in the 20th, but the opener was seething in anger as he didn’t think he nicked it and England had already lost their review. Still, the hosts had no reason to fret as Joe Root (49) and captain Eoin Morgan (45) completed an easy chase inside 33 overs.

ENG vs WI: Stuart Broad fumes over his non-selection in first Test