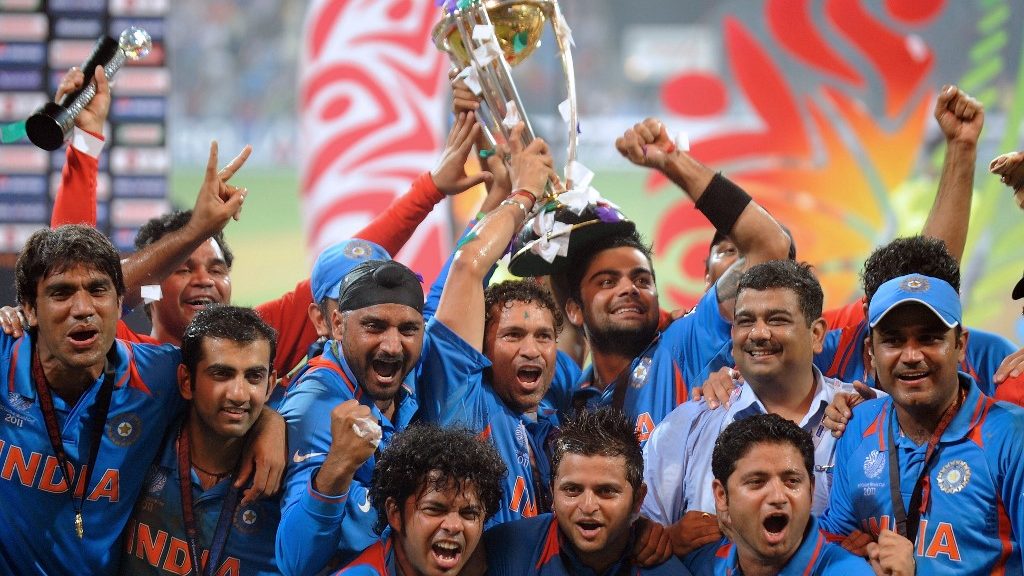 Today marks the 9th anniversary of India’s famous victory at the 2011 World Cup. The image of Mahendra Singh Dhoni tonking Nuwan Kulasekara over his head for a six as a billion people exploded with joy will be etched in our memories forever. It was a special moment for each and every player associated with Indian cricket over the years as well as the fans. That magical night at the Wankhede Stadium will be one which will be cherished by each and every Indian for eternity.

Here we take a look at a few reactions on Twitter reminiscing about that moment:

Words will never be able to describe what a moment for every Indian it was , this it what we live for !!jai Hind ?? pic.twitter.com/rsldfWv79E

#ThisDayThatYear was a very proud moment for all of us when #TeamIndia lift the World Cup in 2011. After 28 years, the dream of every cricket fan had come true! Thank you Team India! ?? pic.twitter.com/bkON80qd8j

TODAY, IN 2011, THE 28-YEAR-OLD WAIT COME TO AN END ?? #ThisDayThatYear #IndianWonWorldCupCricket #SreesanthThePrideOfIndia ? India lift the world cup after 28 years! ? A million emotions & a lot of find memories running through my mind….. A billion dreams fulfilled ?

Most runs for ?? ✅
Most wickets for ?? ✅
Man of the Tournament ?✅#OneFamily @sachin_rt @ImZaheer @YUVSTRONG12 pic.twitter.com/v5Huof5fkP

“Dhoniiiiii…finishes off in style…a magnificent strike into the crowd…India lift the World Cup once again after 28 years…the parties start in the dressing room…and it's an Indian Captain who has been absolutely magnificent in the night of the final." #9YearsOf2011WC ?? pic.twitter.com/K6wCDZBHpQ