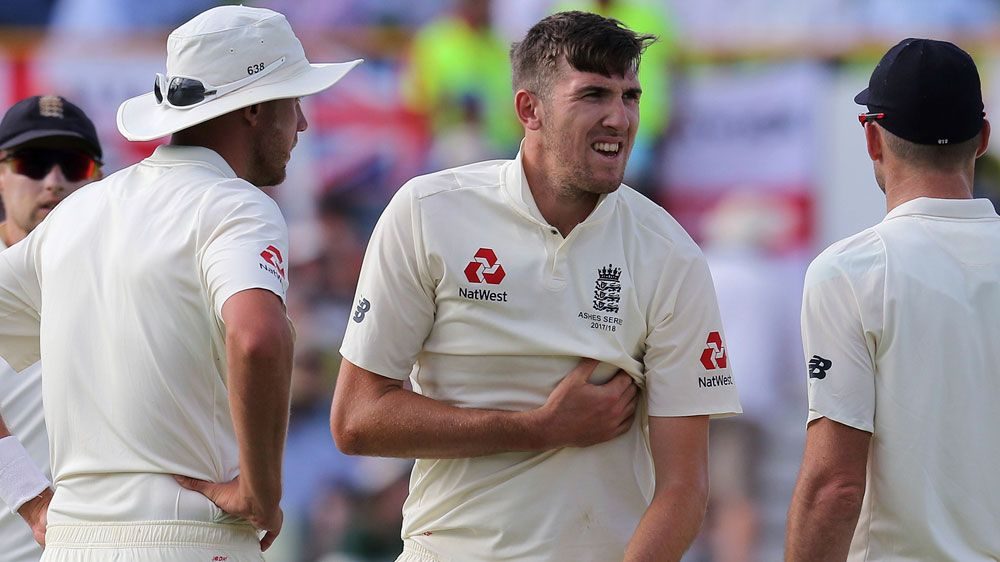 Craig Overton was the cynosure of all eyes on Day 1 of the Division 1 Country cricket match that took place between Warwickshire and Somerset. During the entire day, the right arm pacer bowled 22 overs, leaked 57 runs, and did not pick up even a single wicket.

And, Overton let his frustration get to him. During the 85th over of the day, Overton tried to run out the non-striker Matthew Lamb in a controversial fashion. But then, the skipper of the Somerset side, Tom Abell did not proceed with the appeal.

You can watch the video of the incident below

Just Craig Overton failing to take the bail off when he tried to mankad Matty Lamb…#tailendersoftheworlduniteandtakeover pic.twitter.com/5AsM4jJtEC

Well, this was not the only incident that grabbed attention. During the 9th over of the match, Overton lost control of himself. After the batsman, Will Rhodes hit the ball back to him, Overton tried to throw the ball back at the batsman.

You can see the video below

How not to be angry, featuring Craig Overton:

The Warwickshire side finished the first day with their scorecard reading 283/4. As many as three batsmen scored half-centuries, as the Somerset bowlers endured a challenging day at the office with the red cherry in hand.

While Dom Sibley fought his way to a patient 165-ball 56, skipper Will Rhodes scored a sedate 60 off 133 deliveries. Sam Hain scored a classy 83* off 152 deliveries, and his innings was embellished with 13 fours.

Jack Brooks was the pick of the bowlers for the Somerset outfit with the ball. The right-arm pacer scalped 2 wickets in the 19 overs that he bowled, and gave away 46 runs. Apart from Brooks, Josh Davey and Tom Lammonby scalped a solitary wicket each.

Craig Overton has played 6 Tests and 4 ODIs for the England side. While he has picked up 17 wickets in the whites, he has taken 4 wickets in the ODI format of the game. However, Overton is hugely experienced in first-class cricket and has scalped a whopping 367 wickets in 104 matches at an excellent average of 23.23. He has also picked up 94 wickets in List A cricket.