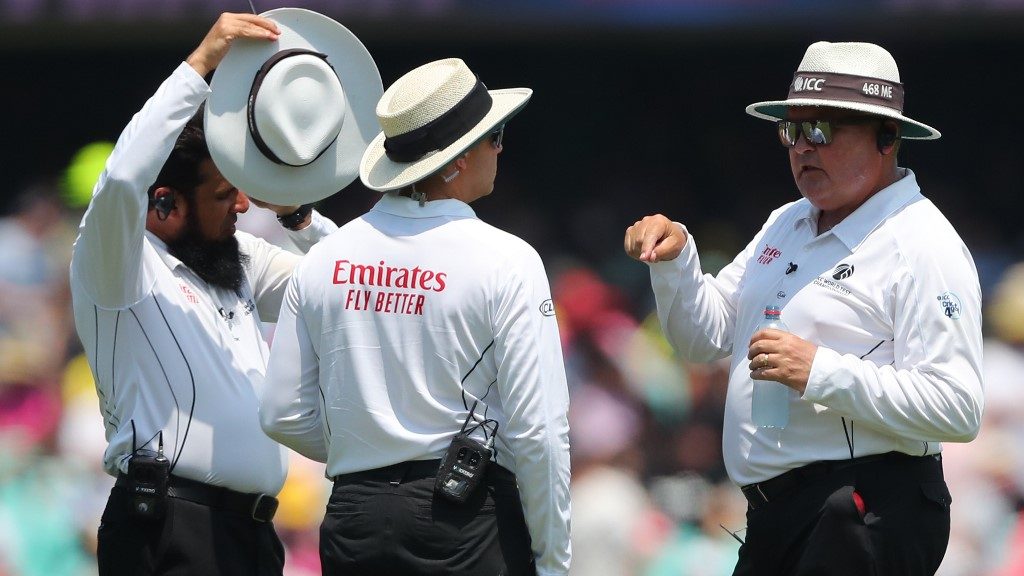 The International Cricket Committee (ICC) on Tuesday approved like-for-like Test substitutes for a player developing Covid-19 symptoms on the field during a match. The apex body further ratified some interim changes to playing conditions in cricket owing to the ongoing pandemic.

The Anil Kumble-led ICC Cricket Committee made several recommendations to ICC’s Chief Executive Committee (CEC), which approved these decisions to ensure the safety of players and match officials. The global spread of Covid-19 has led to a number of alterations in the way cricket will be played when it resumes.

Covid-19 Substitutes only in Tests

If a player develops symptoms of coronavirus during a Test match on the field, a like-for-like substitute will be allowed to replace him, just as in case of a concussion. However, this rule will not come into play in white-ball cricket.

“In line with concussion replacements, the Match Referee will approve the nearest like-for-like replacement,” the ICC said.

Warning and penalty for saliva use

Despite criticism and opposition from all corners, the ICC has gone ahead with imposing a ban on saliva usage during play to shine the ball. The committee has allowed the use of sweat instead, based on the Kumble Committee’s recommendation. The decision was taken only after it was confirmed that sweat was a safer option than saliva.

“If a player does apply saliva to the ball, the umpires will manage the situation with some leniency during an initial period of adjustment for the players, but subsequent instances will result in the team receiving a warning. A team can be issued up to two warnings per innings but repeated use of saliva on the ball will result in a 5-run penalty to the batting side.”

Despite their strict stand on saliva ban, the ICC has offered ‘leniency’ till the time both players and officials get used to playing in a bio-secure environment. In case the fielding team uses saliva to shine the ball, the umpires will first clean the ball and then issue a penalty.

For the first time in 18 years, neutral umpires will not be officiating in Test matches. The current restrictions imposed on international travel mean that home umpires will be easier to manage across formats. Such umpires will be chosen from the ICC’s Elite Panel and International panel of match officials.

To do away with the perception of bias in umpiring, the CEC has further ratified the inclusion of an additional review to each team in every format. Which means there will now be 3 reviews per innings in a Test match and 2 in ODIs and T20Is.

“The CEC has also confirmed an additional unsuccessful DRS review for each team in each innings of a match, keeping in mind that there may be less experienced umpires on duty at times. This will increase the number of unsuccessful appeals per innings for each team to three for Tests and two for the white-ball formats.”

Another relaxation offered by the committee is on the players’ apparel. Current rules do not allow logos to be placed on the chest of a player’s jersey in Test cricket. However, the CEC has now permitted an additional fourth logo (not exceeding 32 square inches) on the white t-shirt and sweater, along with the 3 existing ones.