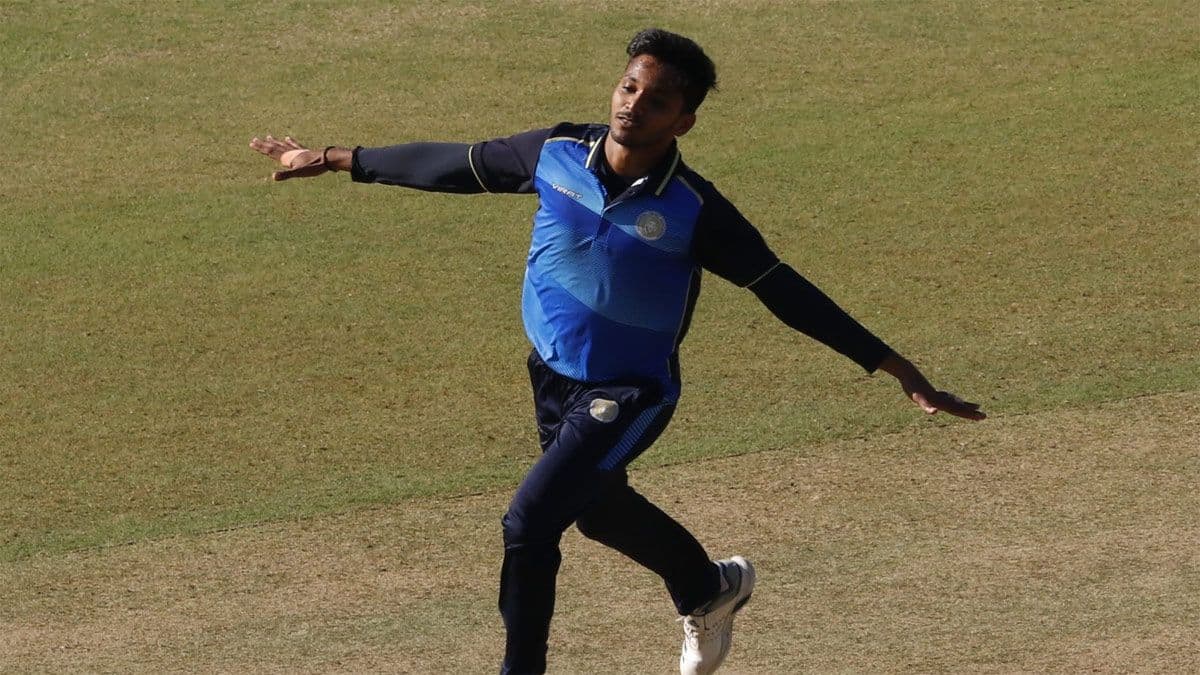 Left-arm fast bowler Chetan Sakariya earned his maiden India call-up for the ODI and T20I series on the tour of Sri Lanka. Amidst enduring losses in his personal life where his brother and father passed away, the speedster has managed to take giant strides in his cricket career.

From a base price of INR 20 lakhs, Sakariya fetched INR 1.20 crores from the Rajasthan Royals (RR) for the 2021 Indian Premier League (IPL). Prior to the IPL, his brother died by suicide and after the tournament was suspended in the first week of May, his father, Kanjibhai breathed his last after contracting COVID-19.

It wasn’t a surprise that the 23-year-old Sakariya dedicated the India call-up to his mother and late father. The Bhavnagar-born pacer is currently in Chennai where he’s training at the MRF Pace Foundation.

This one is for my late father and for my mother: Chetan Sakariya

“I wish my father had been here to see this. He wanted me to play for India. I miss him a lot today. God has made me see ups and downs in a span of one year. It has been a very emotional ride so far,” Sakariya told to The Indian Express.

“I lost my younger brother and a month later I got a big IPL contract. I lost my father last month, and god has handed me an India call-up. I was in the hospital for seven days when my father was battling for his life. This is an irreplaceable void. This one is for my late father and for my mother, who allowed me to continue with my cricket,” he stated.

After making his IPL debut, Sakariya played all seven games for the Royals. In his very first game against Punjab Kings (PBKS), the youngster caught the limelight as he picked up the wickets of KL Rahul and Mayank Agarwal. Overall, he managed seven wickets and had an economy of 8.22.

The fact that he made his way into the national squad after a handful of IPL games did take Sakariya by surprise to some extent.

“The way people were talking about me after the IPL, I was thinking that now at least I have a chance to be a net bowler for the Indian team,” Sakariya added.