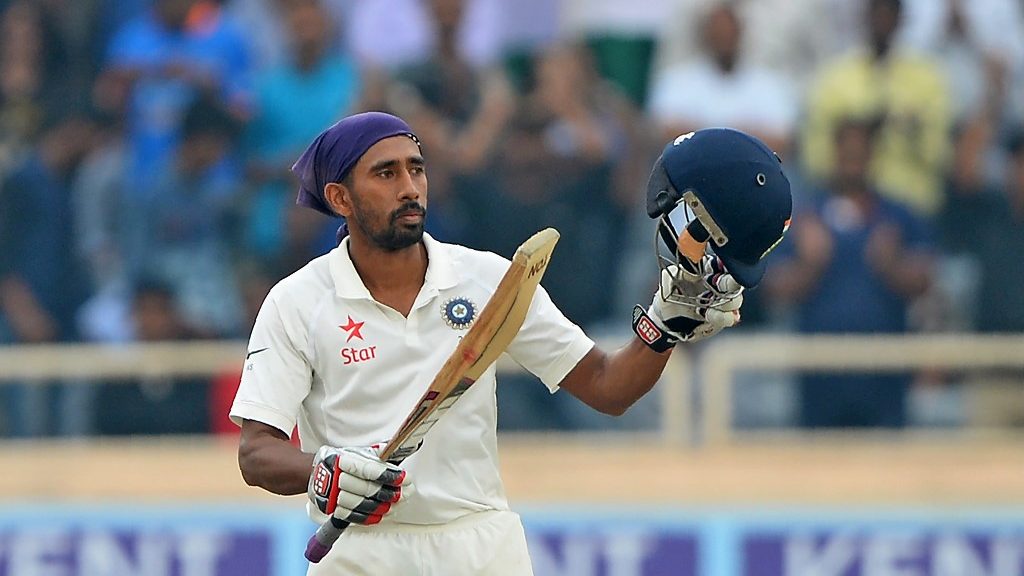 The wicketkeeper-batsman Wriddhiman Saha might have turned 36-year-old on October 24 but he is still India’s best Test wicketkeeper at the moment. The cricketer has had a dramatic journey in the cricketing world thus far.

Wriddhiman made his way through the ranks in Bengal cricket, playing for the Under-19 and Under-22 teams before finally getting an opportunity to represent his home state in Ranji Trophy. He was included in the Bengal squad for 2006-07 Ranji Trophy edition in a game against Hyderabad as a replacement for the regular wicketkeeper Deep Dasgupta. Saha had a dream debut as he scored an unbeaten 111 and became the 15th Bengal player to score a century on his debut. Saha then managed 318 runs in five games in the 2009-10 Ranji season.

The West Bengal-born was primarily sidelined for the selection in the Indian team due to the exploits of MS Dhoni behind the stumps. However, Saha got his much-awaited Test debut Cap in 2010 against South Africa where he was named as a reserve cricketer. An injury to VVS Laxman and Rohit Sharma meant that Wriddhiman was included in playing XI for the first Test match against Africa on February 9, 2010, in Nagpur. The player scored an old fashioned Test knock of 101-ball 36 on his debut due to which he was named as the permanent reserve for the team in the longest format of the game.

Saha managed to impress the onlookers and selectors in whatever chances he got behind the stumps in the absence of Dhoni. He claimed his spot as a wicketkeeper-batsman with his skilful and neat work while donning the gloves. The 36-year-old also had the ability to battle alien bouncy conditions to strengthen India’s lower middle-order.

His wicket-keeping is nothing less than a superpower 😍

Impressive numbers behind the wicket

The Bengal Stalwart was extensively lauded for his quick reflexes and acrobatic wicket-keeping skills, as a result of which he was named as the permanent wicketkeeper of the Indian team after MS Dhoni. Saha stands atop in terms of his ability to grab a ball behind the woods against the pacers. He collects 96.9% of the deliveries that come in his way after taking an edge of the batsmen’s willow. While Sri Lankan gloveman Niroshan Dickwella stands behind him at second with 95.5%, Indian youngster Rishabh Pant relinquishes at the ninth position with 91.6%.

Other than his ball collection skills, the Bengal-based keeper is also found to have the best fielding ability among his glove-working counterparts. The fielding ability checks the amount of runs a player contributes to or costs his team in every match. With a fielding ability range of +5.7, the 36-year-old acquires the prime position in this list as well.

Wriddhiman Saha’s exploits behind the gloves in the longest format of the game can be deduced from the fact that he was selected ahead of his competitor Rishabh Pant last year. He had made a comeback in the game after a gap of more than 18 months as he had suffered an injury during a Test fixture against South Africa in 2018. With not many years of his career left, Saha will be keen on contributing as much as he can to the Indian team and then pass the baton to youngsters like Pant.

‘Thank you everyone for all the love and concern’: Kapil Dev delivers positive news on his health