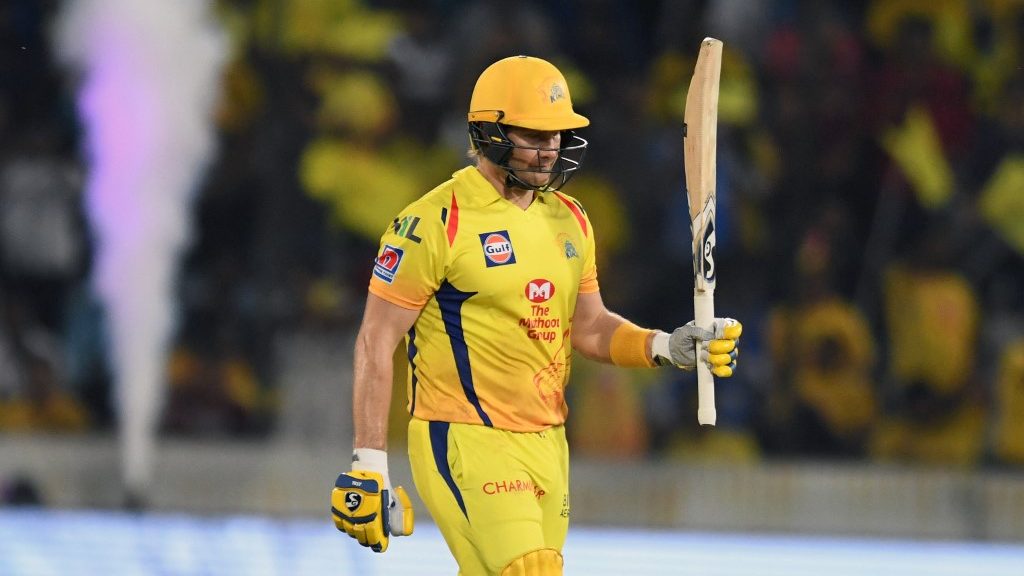 Shane Watson will qualify as one of the greatest cricketers in the history of IPL cricket. In his IPL career that lasted more than a decade, Watson amassed 3874 runs in the T20 tournament and scored his runs at an average of 30.99 and a strike rate in excess of 135.

Watson was good with the ball too and picked up 92 wickets in his IPL career at a strike rate of 22.05. As the Australian cricketing superstar turns 40 today, let us take a look at the top 5 performances of Watson’s IPL career.

The final of the 2019 IPL saw Shane Watson batting on in spite of a knee injury against the strongest IPL side, the mighty Mumbai Indians (MI). Even though CSK ended up on the losing side, Shane Watson was the man who struck fear in the hearts of the Mumbai players. He scored a valiant 80, and till the time he was out in the middle, the Mumbai side were not sure of victory.

In fact, such was Watson’s single man show, that the next highest run-scorer for Chennai after Watson was Faf du Plessis, who scored 26. But then, Mumbai managed to hold their nerve and won the match by just 1 run. And, for his stunning exploits with willow in spite of an injury, this performance grabs the 5th spot.

Shane Watson produced a sensational all-round performance in the semi-final of the 2008 edition of the IPL against Delhi Daredevils (now Delhi Capitals). First, he scored 52 off just 29 deliveries with the bat to propel his side to a total of 192. Then, with the ball, Watson scalped 3 wickets, giving away just 10 runs in the 3 overs that he bowled.

And, for his ravishing all-round display, Watson walked away with the Player of the Match award.

Shane Watson’s pyrotechnics with the willow against the Kolkata Knight Riders (KKR) helped the Rajasthan side beat their opponents by a slender margin of 9 runs. Opening the batting, Watson blazed away to a 59-ball 104, and helped his side pile up a total of 199/6 in their allotted 20 overs.

In reply, even though Yusuf Pathan and Andre Russell played attractive cameos, the Kolkata side fell short of the target by 9 runs.

Shane Watson scored a savage 101 at the top of the order against the Chennai Super Kings (CSK) in the year 2013 for the Rajasthan side. Even though Watson’s knock did not help his side win the match, this knock features at the 2nd spot because he single-handedly destroyed the CSK bowling attack.

In fact, the next highest run-scorer apart from Watson for Rajasthan was Stuart Binny, who scored 36. But then, Michael Hussey’s pyrotechnics helped the MS Dhoni-led CSK side go past the finish line.

An unbeaten century in a successful run chase of a T20 final. Sensational Watson. And a timely reminder of the fact that #SRH conceded 4 centuries this season….arguably the best bowling line-up? #CSKvSRH #IPLFinal

Shane Watson’s best performance in the IPL came during the summit clash of the 2018 IPL edition. Sunrisers Hyderabad batted first and posted a challenging total of 178/6 on the board. In reply, it was the Shane Watson show that sealed the deal for Chennai and helped them clinch the IPL title. In a knock that lasted just 47 deliveries, Watson scored a breathtaking 117 as the CSK side easily chased down the target with 8 wickets and 9 balls to spare.