Birthday special: Munaf Patel – 3 most memorable spells of his career 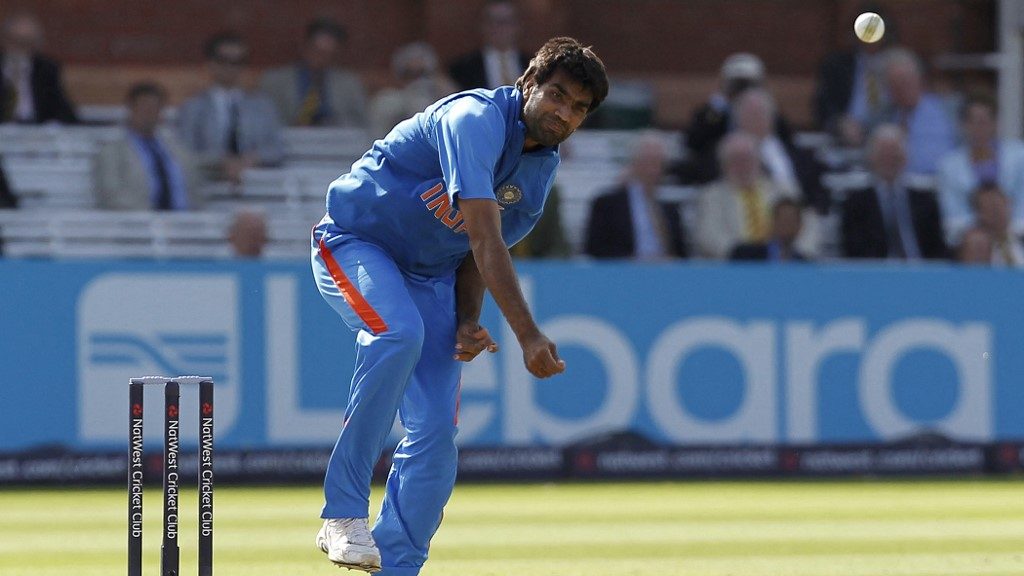 Former Indian pacer Munaf Patel is celebrating his 38th birthday today. He played 13 Tests, 70 ODIs and 3 T20Is for India. In these, he picked up a total of 125 wickets. Munaf was part of the Indian winning squad in World Cup 2011. In this article, we will be discussing the three best spells of his career.

During the Champions Trophy 2006, Indian captain Rahul Dravid won the toss and opted to bowl first against England. The England batsmen were outfoxed by the Indian bowling attack. They were dismissed for only 125 runs in 37 overs. For India, Munaf Patel bowled brilliantly picking up 3 wickets for 18 runs in his 8 overs. He also bowled two maiden overs in his spell. Apart from Munaf, Ramesh Powar also took 3 wickets for 24 runs. India chased down the total in 29.3 overs winning the match by 4 wickets. Munaf Patel was adjudged as the Player of the Match for his superb performance.

This was the first match of the ODI World Cup in 2011. India posted a huge total of 370/4 with the help of a 175-run knock from Virender Sehwag and a century from Virat Kohli. Chasing the target, Bangladesh openers made a steady start adding 56 runs for the first wicket. At one point, they had scored 188 runs for 2 wickets in 32 overs. However, they could not accelerate the innings later on and were restricted to 283/9 in 50 overs. Munaf Patel picked up the most wickets (4) for India in his 10 overs giving away only 48 runs.

This was the second ODI of the India tour of South Africa in 2011. The Indian team scored only 190 runs with Yuvraj Singh contributing 53 runs off 68 balls. For the hosts, Lonwabo Tsotsobe picked up 4 wickets for 22 runs in his 10 overs. Chasing this total, South Africa looked well in control having scored 120 runs for 3 wickets at one point. However, Munaf Patel bowled wonderfully to hand India a thriller victory by 1 run. The hosts needed 3 runs off 47 balls with 2 wickets in the end. Munaf Patel picked up those last two wickets in his last over to win the close game for India. He was chosen as the Player of the Match for his performance.

Hardik Pandya takes on brother Krunal in a gym face-off