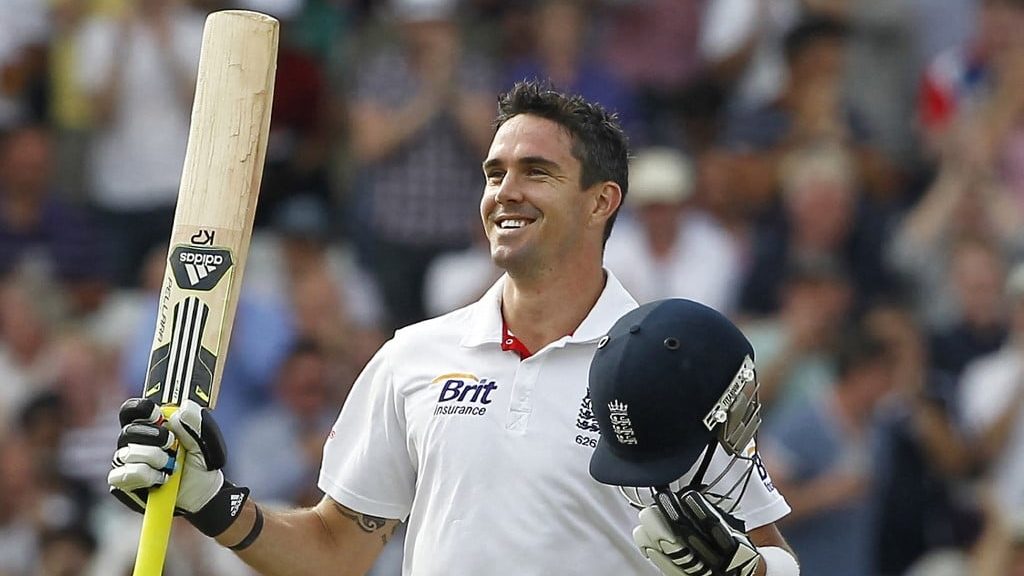 A grand personality, a classy stroke-maker, and a sharp, thinking cricketer, few come close to matching the swagger and success of Kevin Pietersen. In an illustrious career that lasted a decade, the South Africa born represented England in 104 Tests, 136 ODIs and 37 T20Is, amassing 8181, 4440 and 1176 runs, respectively. As he turns 41, here is a look at his top knocks –

England snatched victory from the jaws of defeat courtesy of a 91-ball 100 from Pietersen against West Indies at Barbados in the 2007 ODI World Cup. Chasing 301 for the win after having dismissed West Indies in 49.5 overs, England collapsed suddenly after half-centurion Michael Vaughan was dismissed. Pietersen’s knock ensured to keep them in the game as they won by just one wicket in the final over.

In the opening Test of India’s 2011-12 tour, Pietersen notched up a staggering double ton to end a three-year drought of Test tons. His 202-run knock came off 326 deliveries in an innings when the second-highest score was Matt Prior’s 71. England won the Test by a whopping 196 runs, and Pietersen’s knock had set the momentum for them to defeat the visitors 4-0.

During the iconic Ashes of 2005, Pietersen announced his arrival in style as he tackled a daunting Australian attack comprising the likes of Glen McGrath, Brett Lee and Shane Warne at the Oval in London. Launching a counterattack against the arch-rivals, he struck 15 fours and seven sixes during his 187-ball stay on the last day to take the game in an eventual draw.

Ranked by himself as his best Test knock ever, Kevin Pietersen blurred the difference between Test cricket and limited-overs cricket in a ruthless assault on the Sri Lankan bowlers at Colombo in the sultry weather of the subcontinent. In response to Sri Lanka’s 275 in the first innings, England posted 460 on the back of Pietersen’s onslaught that had 16 fours and six sixes. England went on to win by 8 wickets to level end the series 1-1.

Unarguably one of the finest knocks of a career that lasted 10 years, Pietersen made the Indian bowlers toil in their backyard at a dustbowl in the Wankhede Stadium after England went down 1-0, losing the series opener at Ahmedabad. His 233-ball innings included 20 boundaries and four sixes, and his double-century stand alongside Alastair Cook ensured that England levelled the series in Mumbai before eventually winning it 2-1.