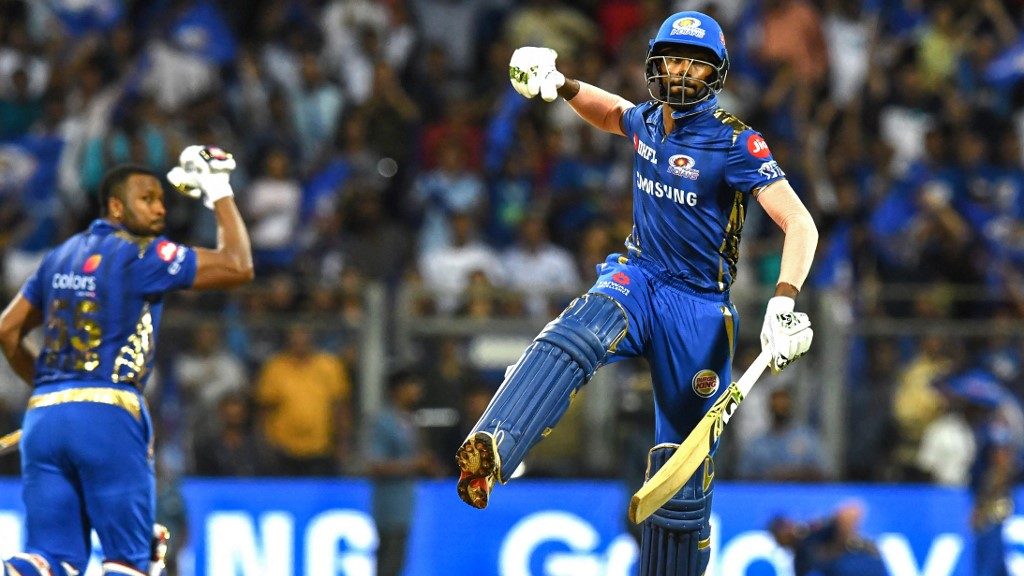 Hardik Pandya has been an integral part of the Mumbai Indians (MI) franchise since 2015. The all-rounder has played 92 matches in his IPL career. While he has scored 1476 runs with the willow, the right arm pacer has scalped 42 wickets with the ball in IPL. With Hardik celebrating his 28th birthday today, let us take a look at his top 3 IPL performances.

On 3rd April 2019, Hardik Pandya’s excellent all-round show helped the Mumbai Indians beat the Chennai Super Kings by 37 runs. With the willow, Pandya smashed a quickfire 25* at a strike rate of 312.50, provided the final flourish, and helped his side post a total of 170/5 in their allotted 20 overs.

Pandya then scalped 3 wickets in the 4 overs that he bowled, and leaked just 20 runs, as the CSK side could only muster a total of 133/8 in their 20 overs. 2 out of the 3 wickets that Pandya scalped were that of MS Dhoni and Ravindra Jadeja. Pandya won the Player of the Match award for his excellent effort and helped his side to a comprehensive victory.

On 14th May 2015, Hardik Pandya played a crucial role in helping the Mumbai Indians (MI) post a five-run victory over the Kolkata Knight Riders (KKR) side. Batting first, the Mumbai side posted a total of 171/4 on the board, and it was the Hardik Pandya blitzkrieg that helped them reach there.

Mumbai was reduced to 79/4, but Pandya stood up and smashed a whirlwind 31-ball 61*. Pandya struck 8 fours and 2 sixes in his ravishing innings. In reply, the KKR side could only manage to post a total of 166/7.

On 28th April 2019, Hardik Pandya produced the best performance in his IPL career against the Kolkata Knight Riders (KKR) side. Batting first, Kolkata piled up a humongous total of 232/2 on the board. In reply, the Mumbai Indians were reeling at 58/4, and many would have thought that the Rohit Sharma-led side will suffer a crushing defeat.

But Pandya gave a scare to the KKR side. In an innings that lasted 34 deliveries, Pandya blazed his way to 91, and his innings was embellished with 6 fours and 9 sixes, and the right-hander scored his runs at a fearsome strike rate of 267.65. However, Pandya’s blistering knock could not get his side across the finish line, as the Mumbai Indians lost by 34 runs.