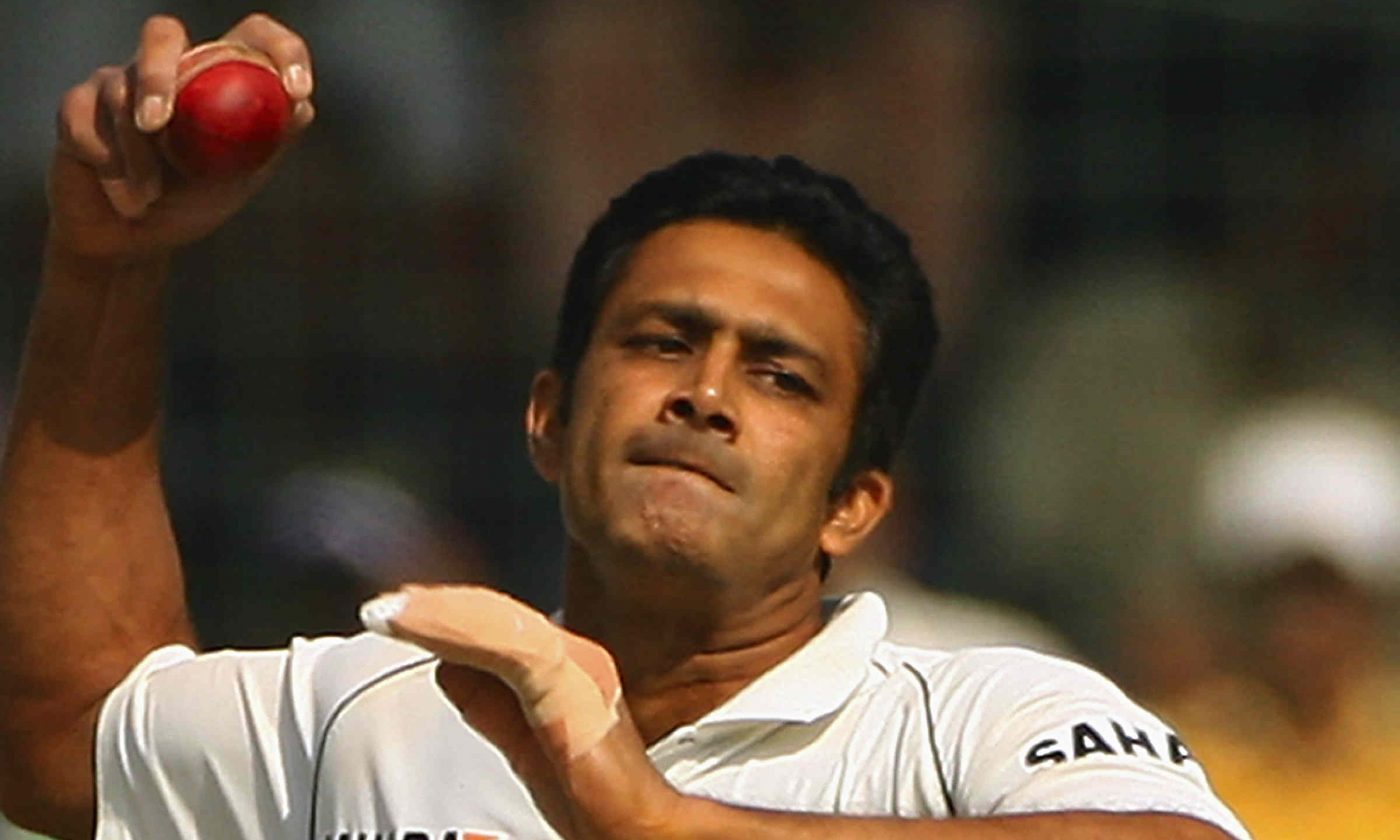 The spearhead of India’s bowling attack for more than a decade and a half, Anil Kumble turns 50 today (October 17). Kumble is perhaps the greatest match-winner India has ever produced. In his illustrious international career of 19 years, the unorthodox spinner represented India in 132 Test matches and 271 ODI Internationals taking 619 and 337 wickets respectively at an economy of 2.69 and 4.30. The glorified spinner named a lot of cricketing records to his name.

On the occasion of his 50th birthday, let’s flip back the pages and revisit some of the best spells by Anil Kumble.

While playing the final of multi-national Hero Cup at the Eden Gardens in 1993, India was defending the score of 225 in the 50-over game against West Indies. West Indies was reeling at the score of 63-4 when Anil Kumble was handed the ball by the captain Mohammad Azharuddin. Kumble was up for a top-class performance that day as he thrashed the middle-order of the Caribbeans by taking 6 wickets in his 6.1 overs and giving away just 12 runs at an economy of 1.97. His 6 for 12 won India the game by 102 runs.

Anil Kumble again proved himself as a true Knight in Shining Armour for the Indian cricket team during the India tour of New Zealand in March 1994. In the 3rd ODI, batting first the Indian batsmen racked up a target of 256 runs on the board. In reply, New Zealand was up for a comfortable victory against the visitors as they were at the score of 216 at the loss of 5 wickets. This is when Kumble stepped in and picked up three of the last five wickets, including the all-important ones of Shane Thomson and Adam Parore. India won the nail-biting encounter by 12 runs and Kumble was duly adjudged the Man of the Match for his breathtaking spell of 5 for 33.

In the second Test of the two-match series against arch-rivals Pakistan, the veteran spinner Anil Kumble unleashed his beast mode in the second innings as he took the wicket of both the set opening batsmen of Pakistan namely Saeed Anwar and Shahid Afridi. This was just the beginning of the magical spell by the unorthodox spinner as he later named all the ten wickets of the opposition. Notably, he had given only 74 runs in his 26.3 overs. Kumble single-handedly took his team towards victory to draw the Test series by 1-1. This was only the second time in test history that a bowler had taken all the ten wickets in an innings.

Kumble produced another gem of a performance against the arch-rivals Pakistan during the first-ever Sahara Cup at Toronto in 1996. Batting first, India could post only 191 runs on the board. In reply, Pakistan had a disturbing start as they had lost their first three wickets with just 16 runs on the board. However, they were still eyeing a victory with their two dynamic batsmen Saeed Anwar and Saleem Malik trying to rebuild the innings. However, their hopes crashed as Kumble ran through their middle-order and took 4 wickets giving only 12 runs. This helped the Men in Blue in registering the victory by a huge margin of 55 runs.

Anil Kumble scripted history in the Lucknow Test against Sri Lanka in 1993-94 as he became the first bowler to take a 10-wicket haul in Test cricket. In his 14th Test fixture for India, Kumble destroyed the Lankan batting by picking up 11 wickets while giving away just 128 runs. His brilliant spell helped India win the match by an innings and 119 runs inside four days.