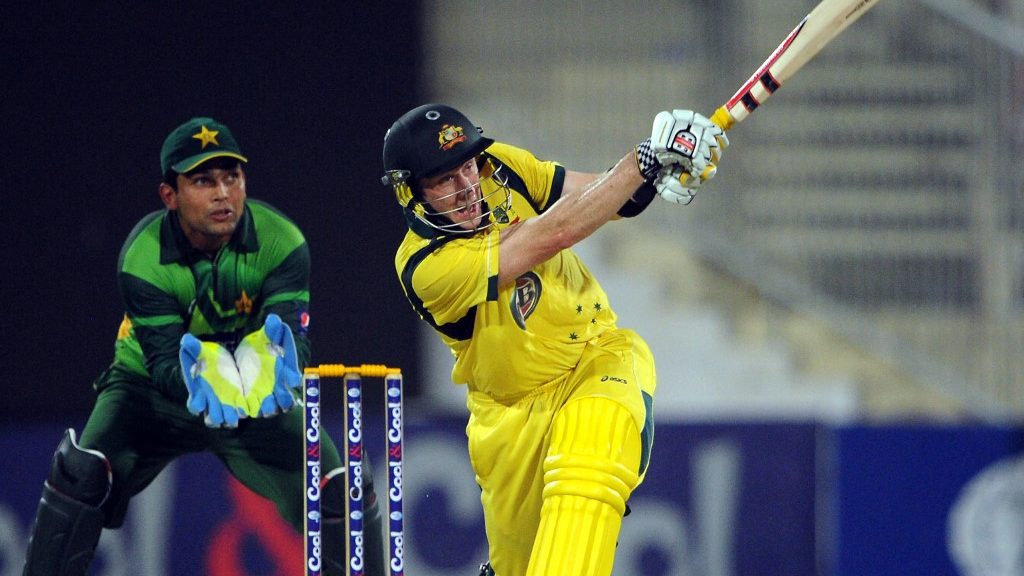 With the Australian cricketer celebrating his 44th birthday today, let us take a look at the top 3 knocks from the willow of Hussey in international cricket.

In the 2010 T20 World Cup against the Pakistan side, David Hussey decimated the opposition bowling attack and scored 53 off just 29 deliveries. Hussey put on a match-winning partnership of 98 runs with Shane Watson. Hussey’s pyrotechnics helped Australia amass a total of 191 on the board and helped them beat the Pakistan side by 24 runs.

David Hussey’s best ODI innings came against New Zealand on 10th February 2009. New Zealand batted first and posted a total of 244/8 on the board. In reply, it was the Hussey brothers, Michael and David, who helped the kangaroos cross the finish line. Both of them put on a 115-run stand for the 4th wicket. While Michael Hussey scored 75*, David Hussey scored a 96-ball 79. The excellent partnership between the Hussey brothers allowed Australia to beat their opponents with 6 wickets to spare.

The best knock from David Hussey’s willow in Australian colours came on 27th March 2009, against South Africa. With Australia reduced to 16/2, David Hussey came and destroyed the South African bowling attack. He scored a magical 88*, at a strike rate of 200, and helped his side put up a total of 166/7 on the board.

Hussey scored 5 fours and 6 sixes in his innings. However, South Africa chased down the target with 4 wickets and 4 balls to spare. And, for his scintillating knock, David Hussey won the Player of the Match award even though he ended up on the losing side.

Mohammad Kaif disappointed with how Kuldeep Yadav has been managed