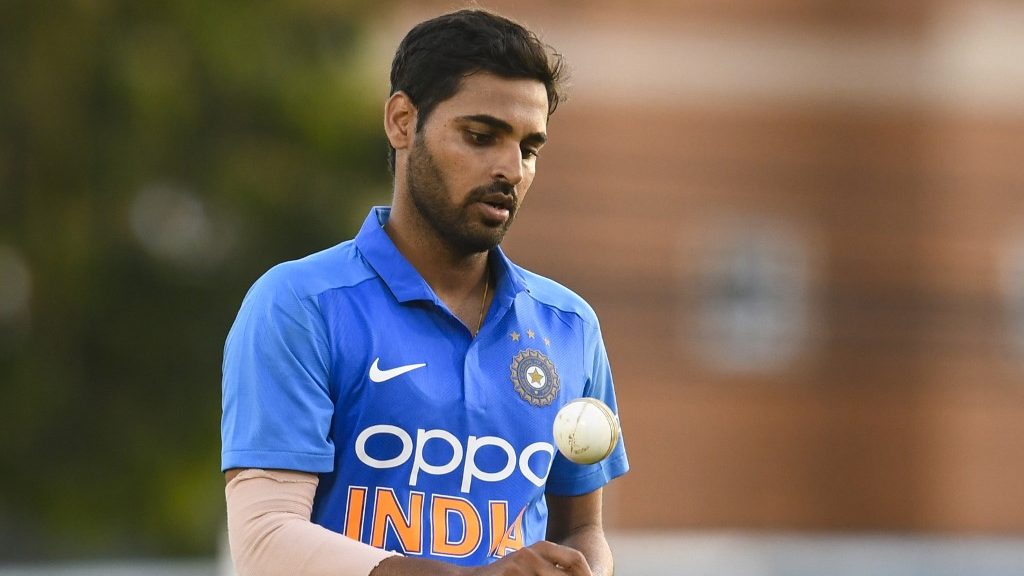 While the Indian Test team is preparing for the five-match Test series against England, the limited-overs squad is gearing up for three ODIs and as many T20Is against Sri Lanka, starting from July 18. It’s indeed a significant challenge for the white-ball team as several prominent names are missing from the squad. Veteran opener Shikhar Dhawan has been named captain while fast bowler Bhuvneshwar Kumar is his deputy.

With the squad comprising numerous new names, the duo will have the onus to lead from the front. Bhuvneshwar is certainly confident about the youngsters doing well in the tour. The right-arm pacer believes that the experience of playing IPL would certainly benefit the players. He also said that performing in the national jersey would enhance the confidence of inexperienced players.

“There is a good mix with the experienced players and this will be a good tour. Young players who have come for their first tour and came after doing well in IPL so if they do well here then it will be great for their confidence,” he added.

Meanwhile, Kumar’s fitness issues haven’t allowed him to play regular cricket since the last couple of years. He even got ruled out from the now-postponed Indian Premier League (IPL), where he represented Sunrisers Hyderabad (SRH). Speaking of the same, Bhuvneshwar said that he worked hard on his fitness and playing in domestic matches kept him in the groove.

“When I was almost recovered, domestic cricket was going on as well. So my focus was to get fit and make a comeback and then I started the preparation for the match. Before the England series, I played domestic cricket, so that it helps me get the required match practice. One shouldn’t take things lightly, while playing domestic cricket, and that kept me motivated to play for India and to stay fit,” he asserted.