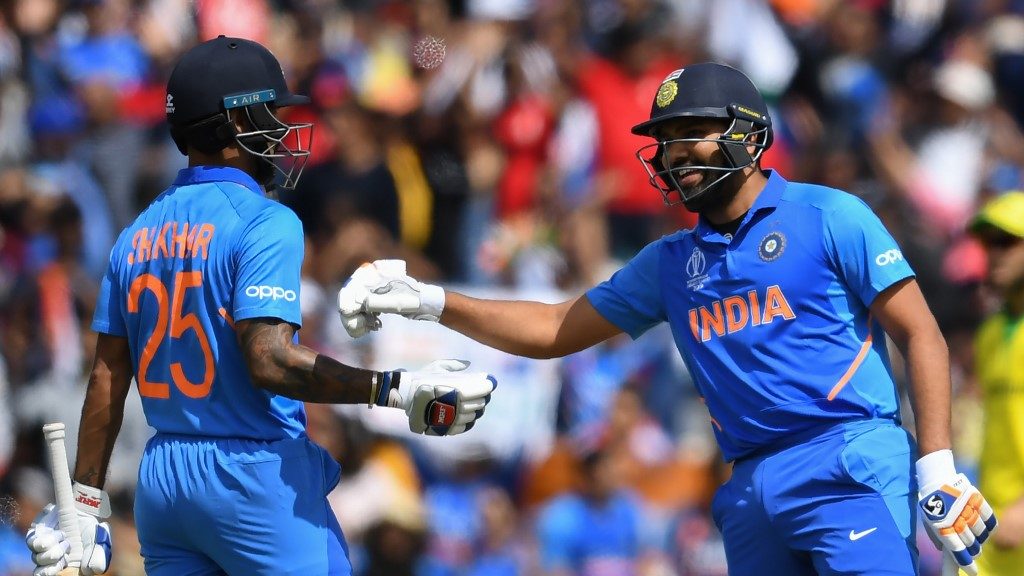 The Board of Control for Cricket in India (BCCI) has nominated India batsman Rohit Sharma for the Rajiv Gandhi Khel Ratna Award 2020. Rohit’s opening partner Shikhar Dhawan, fast bowler Ishant Sharma and women’s cricketer Deepti Sharma have been nominated for the Arjuna Awards.

An official statement by the board was released on Saturday. The sports ministry of India had sought invitations for the respective awards with the period of consideration starting from January 1, 2016, to December 31, 2019.

Ever since his promotion to the opening batsman’s slot, Rohit has had a phenomenal run, especially in limited-overs cricket. In the 2019 World Cup, he became the first-ever cricketer to smash five centuries in a single edition. In his first two Test appearances, he held the unique distinction of scoring back-to-back hundreds, a feat no other batsman has achieved. He’s also the first and only batsman to have registered four T20I hundreds, apart from being the only batsman to score 3 ODI double tons.

JUST IN : The BCCI nominates Mr @ImRo45 for the prestigious Rajiv Gandhi Khel Ratna Award 2020 while Mr @ImIshant, Mr @SDhawan25 and Ms @Deepti_Sharma06 have been nominated for Arjuna Awards.

On the other hand, Rohit’s partner Dhawan too, burst onto the international scene with his quickfire run-scoring. His hundred his first Test was the fastest century by any batsman on Test debut. The swashbuckling southpaw is known for his aggressive style of batsmanship, irrespective of the format he’s playing.

Meanwhile, Ishant has been India’s bowling spearhead in the longest format of the game for some time. The 31-year-old holds the record for the most wickets by an Indian speedster outside Asia.

As for women’s cricket, all-rounder Deepti Sharma has been one of the vital cogs in the Indian team. She remains the highest individual scorer among the Indian women cricketers to date.

“We went through a lot of data and considered various parameters before shortlisting the nominees. Rohit Sharma has set new benchmarks as a batsman and achieved scores people thought were not possible in the shorter formats of the game.”

“We feel he is worthy of getting the prestigious Khel Ratna award for his commitment, conduct, consistency and his leadership skills. Ishant Sharma is the most senior member of the Test squad and his contribution has been vital in Indian team’s long run as the No. 1 Test side.”

“Fast bowlers are prone to injuries and Ishant has had a fair share of them but he has fought hard to be back on the park every time. Shikhar has been consistently scoring at the top and his performances in the ICC events have been significant. Deepti is a genuine all-rounder and her contribution to the team has been vital.”