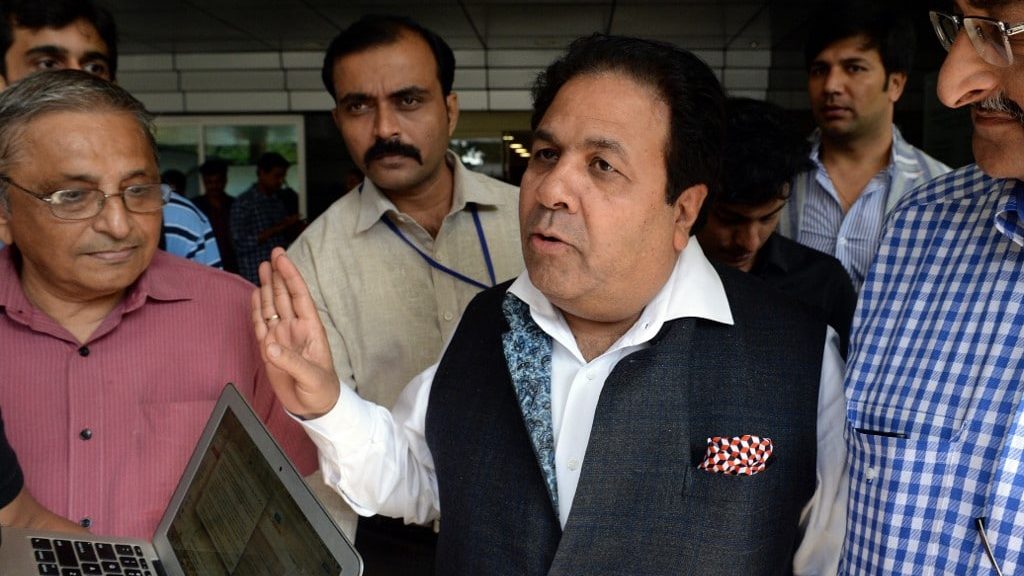 Vice-president of the Board of Control for Cricket in India, Rajeev Shukla, has extended his support to Afghanistan cricket in the tumultuous times. The takeover of the Taliban has left the Asian country in shambles and the nation is going through political turmoil. They took control two weeks before the United States was about to complete its troop withdrawal.

Shukla stated that the BCCI would keep lending its helping hand to their neighbouring country in the hour of need. Shukla, who’s also a former chairman of the Indian Premier League, lauded Afghanistan cricket for producing loads of talented cricketers over the years at the highest level.

BCCI has always supported Afghanistan cricket & it will keep on doing so. You are producing very talented players @hamidshinwari03 @ACBofficials https://t.co/CvrVhFkOtI

Earlier, Shinwari came up with words of praises for the world’s richest cricket board regarding being there for Afghan cricket. He also talked about strengthening relations with the Sourav Ganguly-led BCCI.

“We’ve been receiving good support from BCCI. They are so generous with Afghanistan, that’s why our players are playing in IPL. We’re optimistic about our relations with BCCI & I request BCCI to further support Afghanistan cricket,” Shinwari had said.

Since 2017, the BCCI has supported Afghanistan cricket to a large extent. In 2017, Afghanistan got their home ground in Greater Noida where they played against Ireland. The BCCI also provided them with venues at Dehradun and Lucknow.

A number of Afghan cricketers are also a part of the IPL. Back in 2017, Rashid Khan and Mohammad Nabi were picked to play for the Sunrisers Hyderabad in the cash-rich tournament. Both players showed their class and showed their mettle in top-level cricket.

In 2018, Mujeeb Ur Rahman was picked to play for Kings XI Punjab, now Punjab Kings. However, he moved to the Sunrisers in 2021. The Afghan team is also set to play in the 2021 edition of the T20 World Cup in the UAE to be played in October-November.

ENG vs IND: Pitch invader Jarvo banned for life from Headingley on account of security breach