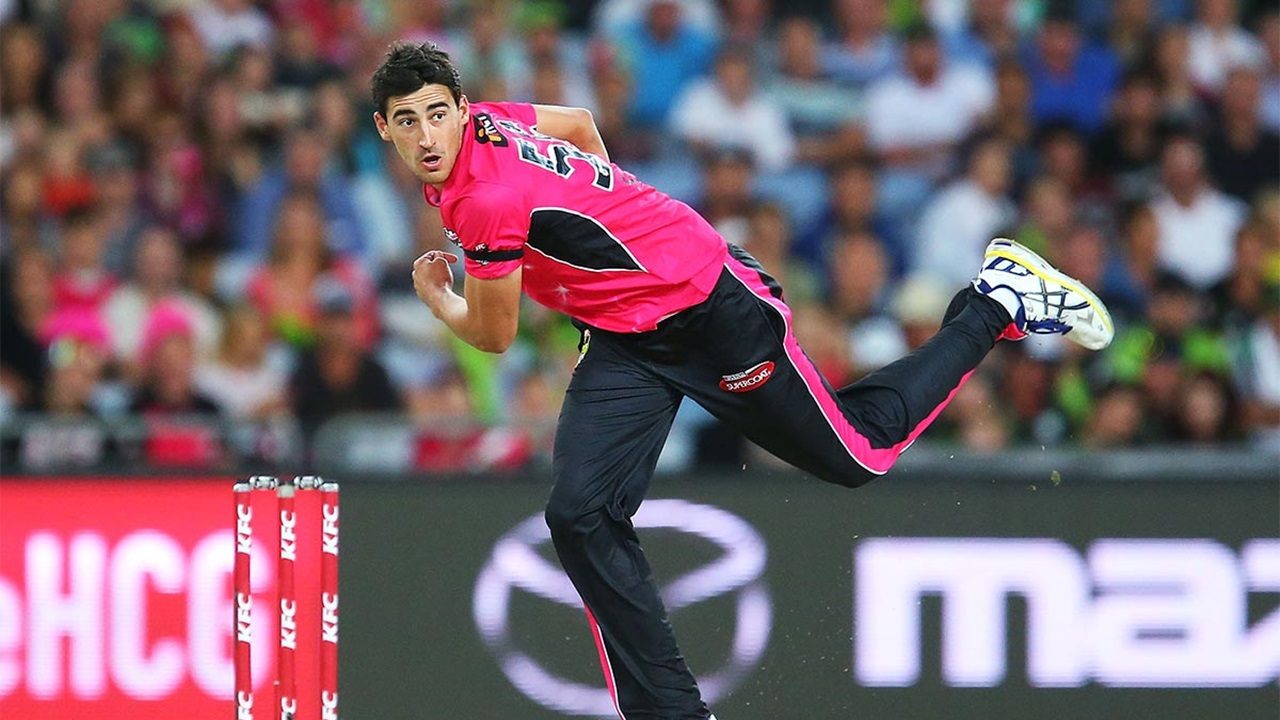 Australia fast bowler Mitchell Starc has returned to the Big Bash League after a six-year gap by joining Sydney Sixers for the upcoming edition. However, the pacer will only be available for a few league games and the finals series.

? Mitchell Starc is relishing the chance to pull on the magenta once again after creating some memorable moments in his first stint with the Sixers ?

Starc, who didn’t feature in this year’s IPL as well, said the presence of his teammates Steve Smith and Josh Hazlewood inspired him to come back to BBL.

“I’ve been watching from afar, the Big Bash, so it’s nice to be back involved this year and seeing the guys run around it’s a great product,” he said.

“It’s a great time of the year for cricket in Australia and the Big Bash just shows that level of cricket and I guess that excitement that everyone wants to watch.

“I was watching Steve and Josh get back involved last year, and still being around and involved with the club I saw a little bit of an opportunity to jump back in. I’m just really looking forward to being back with some of my really close mates that play for NSW and the Sixers. There’s some great people at the Sixers behind the scenes too.”

Starc was part of the Sixers squad in the inaugural season of the BBL. In 10 matches, he picked up 20 wickets with best figures of 3/17. The speedster said his wife Alyssa Healy’s presence at the Stars was also a factor that contributed to his return.

Meanwhile, explosive England opener Jonny Bairstow has been signed up by the Melbourne Stars. The Englishman, who was part of Sunrisers Hyderabad in 2019, said he was looking forward to playing alongside Aussie counterpart and Stars captain Glenn Maxwell.

“The list is looking good and I can’t wait to get involved alongside Glenn Maxwell, Marcus Stoinis and Adam Zampa who I’ve been playing against during the IPL. I know Melbourne has been through a tough time over the winter with COVID so I hope the Stars can bring some of the fun back over summer and put a smile on people’s faces,” said Bairstow.

Stars head coach David Hussey said he was happy to have a player like Bairstow whose batting and keeping capabilities will add much value to the Stars line-up.