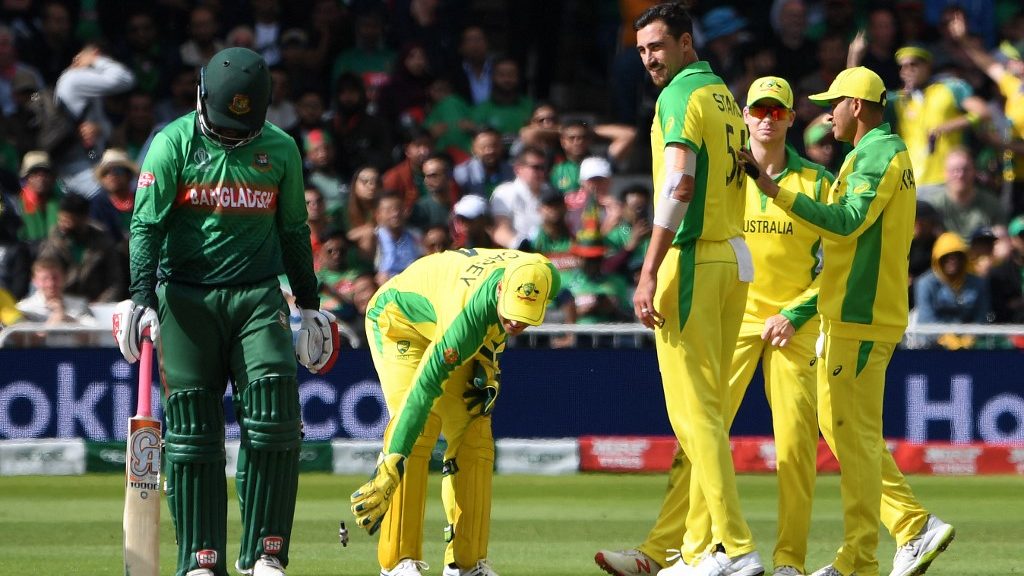 After many speculations of Australia’s tour to the sub-continent nation, Bangladesh Cricket Board’s cricket operations chairman Akram Khan has finally confirmed that the upcoming T20I series is all set to begin from August 2. Constant discussions were revolving around the tour due to Australia’s reluctance with regards to bio-bubble and other COVID-19 regulations.

However, everything seems to be clear as the Australian board is happy with the bio-security arrangements in place. The Men in Yellow will travel to Bangladesh for the first time since their 2017 tour.

As reported by Cricbuzz, the final deal was sealed on Tuesday (July 20). Incidentally, the positive cases of COVID-19 are on the rise in Bangladesh and the government has announced a nationwide lockdown from July 23.

“Yes, the tour is confirmed and, they (Australia) are coming to play the five-match T20I series,” Akram said.

While Bangladesh is in Zimbabwe playing an all-format series, Australia meanwhile is in West Indies for a limited-overs series. Both the teams will finish their respective matches and will arrive in Bangladesh on July 29. After arrival, both the teams will have to undergo a mandatory quarantine of three days at the hotel.

All the matches are set to be played in Dhaka

There were also discussions revolving around the venues for the five T20Is. Australia wanted to play all the matches on one ground, whereas Bangladesh insisted on splitting the matches into two venues. However, BCB finally agreed on the request by Australia and, all the matches will be played at Dhaka stadium.

Both the teams will only get one day for practice and the first of the five T20I will be played on August 2. It is also understood that Australia are not very keen on undergoing immigration procedure and want to get into the hotel keeping COVID-19 in mind.

Cricket Australia (CA) had already announced the squad for Bangladesh, with as many as seven top players unavailable. With the team suffering a hammering in the shortest format against West Indies, the Men in Yellow will be eager to perform well against Bangladesh. As per the initial draft, the five T20Is will be played on August 2, 3, 5, 7, and 8 respectively.