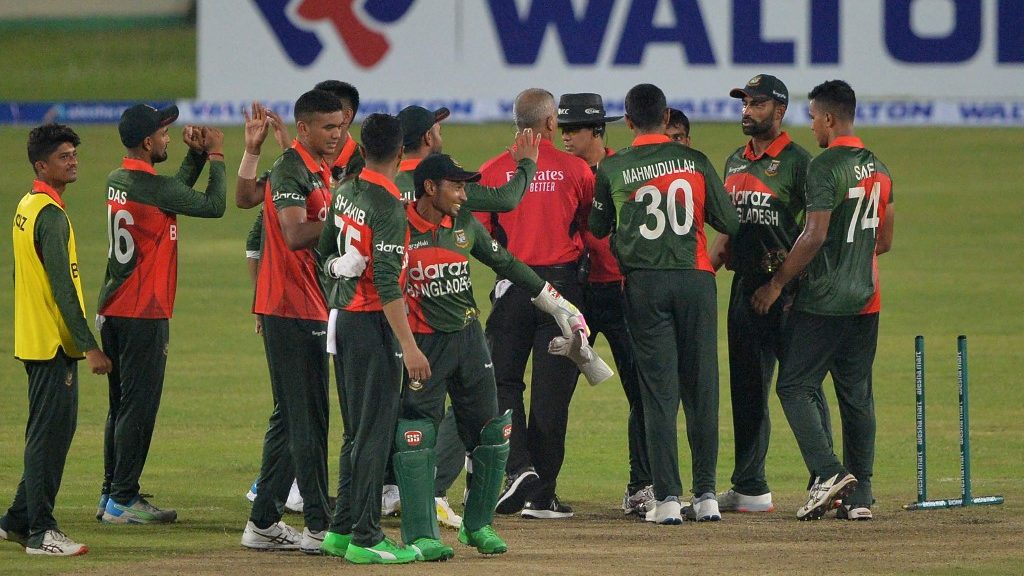 Rewarded for their recent exploits in the international circuit, pacers Taskin Ahmed (who did not have a contract last year) and Shoriful have received an all-format contract alongside Mushfiqur Rahim, Shakib Al Hasan and Liton Das, while Tamim Iqbal, Mehidy Hasan and Taijul Islam have missed the T20I contracts, to be given only Test and ODI deals.

This comes after a policy change in the BCB, as per which the annual contracts to players would be awarded as per specific formats of the game. Further, the list of contracted players has seen an increase from 17 to 24 this year.

Mohammad Mithun and Nayeem Hasan, who both were a part of the previous 17-member list, have not managed to get a spot this time. Shakib, who was serving a year ban on account of failing to approach corrupt approaches, is back into the mix as only one of the five all-format players, while Mahmudullah, who retired from Test cricket this year, has been given ODI and T20I deals. Tamim Iqbal, who recently opted out of T20 World Cup 2021, has been excluded from T20Is.

No player has been given only-ODI contract, whereas apart from Mahmudullah, the ODI and T20I category has Mustafizur Rahman, Mohammad Saifuddin and Afif Hossain.

On this day in 2019: India register a clean sweep over West Indies across all formats