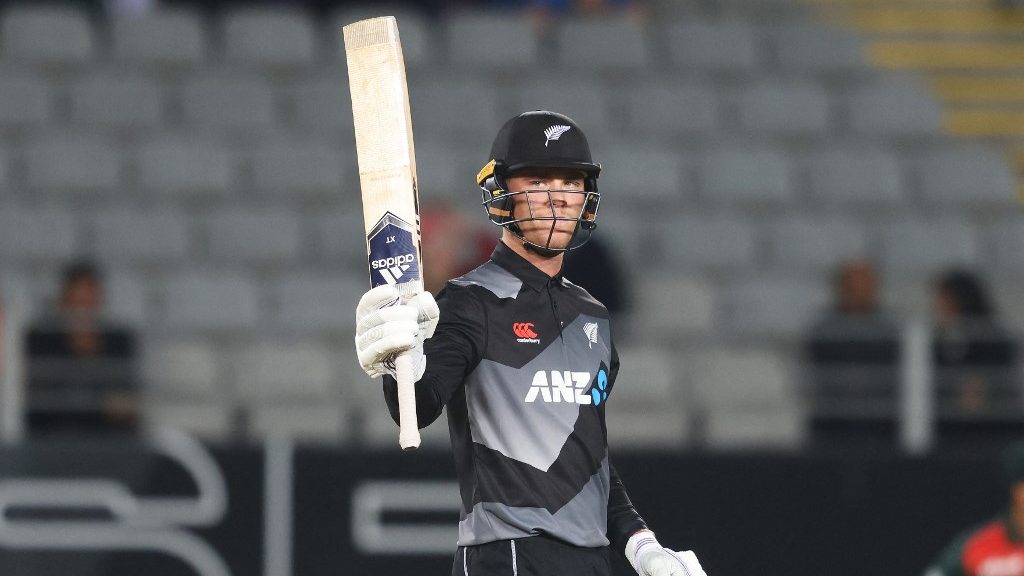 New Zealand batter Fin Allen, who had tested positive for Covid-19, has joined the team’s bio-bubble upon returning two negative tests, as he is now available to participate in the second T20I of the five-match series against Bangladesh.

The visitors suffered a humiliating defeat in the series-opener as they were bowled out for their joint-lowest T20I total after opting to bat first. Although the hosts took 15 overs to chase the paltry 61-run target, they ensured to end on the right side and start the series on a right note.

Meanwhile, team coach Glenn Pocknall stated that Allen’s situation will be monitored and the final decision regarding his inclusion in the second game will be made only after that.

“He has returned two negative results so that’s great for us,” Pocknall said. “He is a very attacking batsman. He has shown that around the world in the shorter format. He will add a lot of firepower to our batting line-up is a big part of our squad. Hopefully, he can come into the squad as soon as possible. He will be considered (for selection) but it is a matter of when.

“He has just come off Covid so there are some unknowns about how he will be physically. He is fine now but we have to assess the effects in these conditions before we decide which game he comes back.”

Allen and Colin de Grandhomme arrived in Dhaka on August 20 three days before the rest of the New Zealand squad as they were done with their Hundred campaign early. But he tested positive two days later. He showed some symptoms but was generally said to be doing well as he was quarantined in another part of the team hotel, a report on ESPNcricinfo stated.

Matt Henry, who was named as Allen’s replacement, is finishing up his three-day isolation in the hotel, before joining the team on Friday, pending a negative Covid-19 test, it stated further.

The second T20I between the two teams will be played at the same venue on Friday (September 3), with subsequent encounters on September 5, 8 and 10.