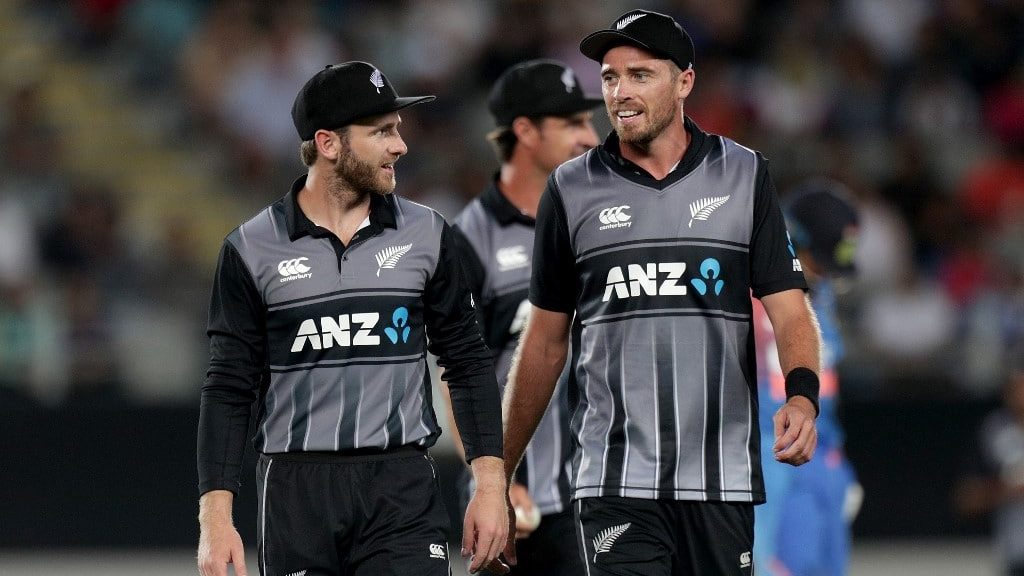 New Zealand seamer Tim Southee was reprimanded for showing dissent at an umpiring decision during the third T20I against Australia in Westpac Stadium, Wellington. The experienced pacer was found to be breaching “Article 2.8 of the ICC Code of Conduct for Players and Player Support Personnel”, a Level 1 breach.

Apart from that, he has awarded a demerit point, which has been added to his disciplinary record of Southee. This is his first offence in a 24-month period. In this long career, which has been for more than a decade, the right-arm bowler hasn’t been involved in these kinds of behaviours and always been on the right side of the law.

The incident took place during the first over of the match which was played on Wednesday. The ball pitched in line and Aaron Finch failed to cope up. The Blackcaps players went up for an appeal but the umpire denied it after which, the New Zealand team reviewed but the batsman was saved by the umpire’s call.

Tim Southee accepted the sanction and didn’t appeal against it

After this, Tim Southee was seen talking to the umpire in a disrespectful way as the decision ended in favour of Finch. The 32-year-old decided to admit to the offence and also accepted the sanction which was proposed by the match referee, Jeff Crowe. The decision was also ratified by the ICC Cricket Operations department as per the COVID-19 interim playing regulations.

There wasn’t any formal hearing by the officials. The on-field umpires Chris Gaffaney and Wayne Knights, third umpire Shaun Haig and fourth official Chris Brown levelled the charges. The Level 1 breach also carries a minimum penalty of an official reprimand. A maximum penalty results in a player losing up to 50 per cent of his match fee. He/She can get one or two demerit points too.

The third T20I between the two sides ended with a win for Australia. The visitors followed that with another win in the fourth T20I in Wellington which was played on Friday. Australia won the match by 50 runs. The series is levelled at 2-2 with the decider to be played on Sunday in Wellington.