AUS vs IND: Top five run-getters of all time in T20Is 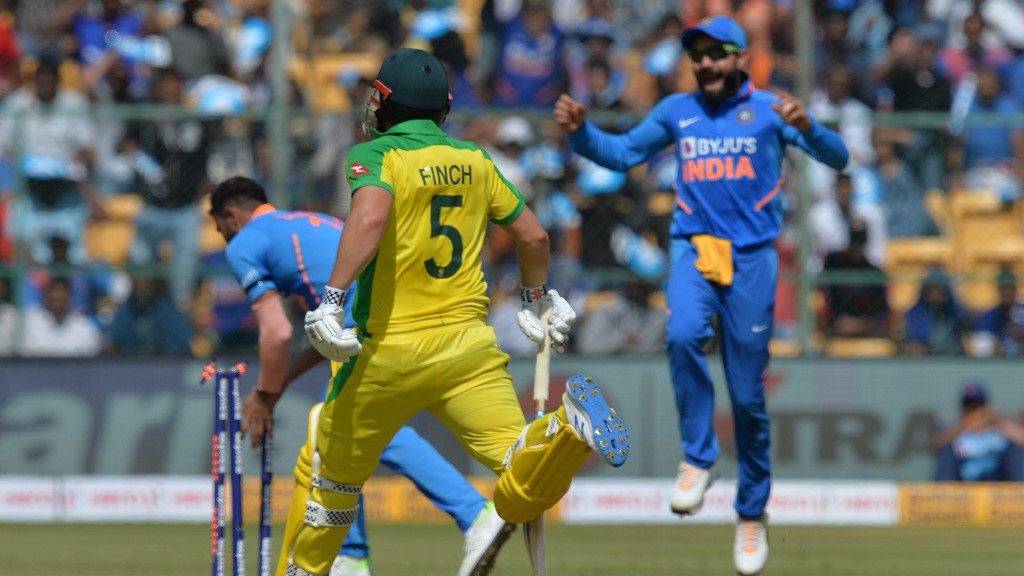 Talking of the series between two cricketing giants, India and Australia, there have been batsmen who have produced big numbers from their willows in the shortest format of the game. Both the nations have produced some of the best batsmen to play the game. Let’s take a look at the top five scores in T20I format in two countries.

The legendary skipper of India bid adieu to the international format of the game in August 2020. He would not be there with team India this time, but his records are still shining in the list. He is at the number 5 position in this list. He has 313 runs in his bag from 2007-19 in 15 innings he has played against Australia.  His highest score in the format against Aussies is an unbeaten knock of 48 runs.

Popularly known as Hitman, the classic batsman of India Rohit Sharma is the fourth person on the list.  He has 318 runs in his account in 16 innings he has played against Australia since 2007-19. The man is not in the current T20 squad against India due to his fitness concerns and has only been named in the longest format of the game. He plays at a strike rate of 133.61.

The all-rounder of Australia team Maxwell stands third in this list. His recent form with KXIP in IPL 2020 has worried fans, but he would be expected to turn the tables in the upcoming contest against India. He has 353 runs under his belt in 13 T20I innings he has played against India during 2012-2019. He averages 35.30 in this format of the game, with his highest score being an unbeaten knock of 113 runs.

Great to see that skippers of both sides are leading this chart. The limited-overs skipper of Australia Finch has scored 405 runs in 13 innings he has played against India from 2012-2019. He averages 31.15 in the T20I format and will be set to lead his side again for the mega-series against India. His highest score against India in T20I format is 89 runs.

Popularly known as a run machine, Virat Kohli is regarded as one of the finest batsmen of modern-day cricket. His records in international format speak volumes about his stature. During 2012-2019, Virat Kohli is the leading run-scorer among the two squads in T20Is. He has amassed 584 runs in his bag in 15 innings he has played with an impressive average of 64.88. He stands far ahead of the second person in the list in terms of runs.