AUS vs IND: India’s long list of injuries on the Australian tour of 2020-21 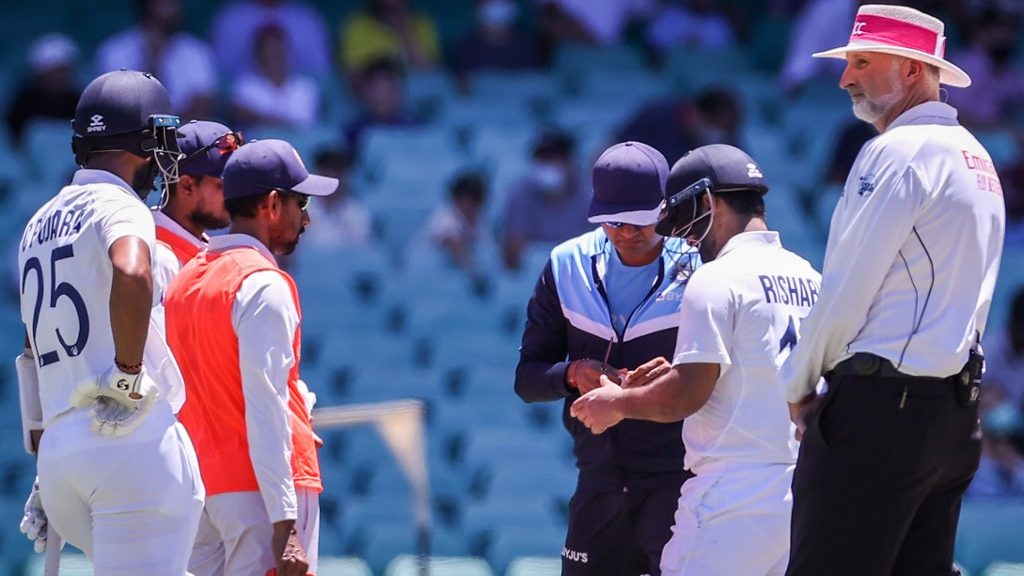 India’s tour of Australia 2020-21 has been quite memorable until now. With every match, it is like the Indian team is losing key players one by one. It in fact started way before the team had arrived down under. Even before the final Test, India lost a few more players from their long list of players who had travelled for this tour.

Here is a list of players who got injured before the Australian tour or during it:

Ishant Sharma: He was the first person who got chalked out of the touring party due to left side strain. The senior-pro would have played his 100th Test on this tour but it wasn’t supposed to be. He injured himself during the only IPL game he played. The good news is that he will be available for the home series against England.

Bhuvaneshwar Kumar: The white-ball specialist had a similar fate as Ishant. He got a hamstring injury during an IPL match which ruled him out of the tour. However, he is expected to be in the squad for the England series and has already returned to domestic cricket just like Ishant.

Varun Chakravarthy: The mystery spinner from Tamil Nadu found himself down with a shoulder injury after the IPL and it ruled him out of the tour. This was also the first time he got a call from the national side.

Rohit Sharma: Maybe, this was a prized scalp. Considering his white-ball record against the Aussies, it was a big setback for the team when the vice-captain suffered a hamstring injury during the IPL. He eventually returned to the side for the last two Tests but missed the majority of the tour due to his treatment and the quarantine.

Mohammed Shami: The Bengal pacer was up and running in Adelaide and just like the 2018 tour had shown signs of trouble for the Aussie batsmen. However, a short pitch delivery from Pat Cummins fractured his forearm, ruling him out from the last three Tests.

Umesh Yadav: If losing Ishant and Shami wasn’t enough for India, Umesh was next to follow. After picking up a wicket in the second innings of the MCG Test, he pulled a calf injury.

KL Rahul: Even though Rahul wasn’t in the first-choice XI for India in the Test series, it seemed very likely that the opener could come in the picture of selection and comeback to red-ball cricket after India started losing players to either injury or poor form. However, he suffered an injury in the nets and was sent back.

Ravindra Jadeja: The star all-rounder might have had his best overseas tour with the bat, but injuries kept plaguing him. After back to back quick knocks, the rockstar suffered a concussion which kept him out of contention in the last two T20Is. He got fit and returned to the side for the MCG test, played a crucial part with bat, ball and in the field till he suffered a broken thumb.

Rishabh Pant: The wicketkeeper-batsman suffered a blow on his elbow during the first innings of the Sydney Test, which made him not fit enough to keep wickets in the second innings. It has been reported that he didn’t suffer a fracture.

Hanuma Vihari: The Andhra batsman wasn’t having a great series, but a little injury and desperate situation made him play one of the best innings he has ever played. He battled for 161 balls with a serious hamstring injury. He might miss the England series.

Mayank Agarwal: In just a little, he has become someone who was India’s first-choice opener to being dropped from the side. He could have replaced Vihari in the side, but he has been taken for scans after taking a blow on gloves, during practice.

Jasprit Bumrah: An abdominal strain has now ruled Bumrah out of the final Test. He was the last fast bowler among the picks which India generally has for Tests.

To top this off, Virat Kohli left the tour after the first Test due to the birth of his first child. It was understood the strict quarantine policies made the captain leave earlier than he would have left and made him not come back as well.