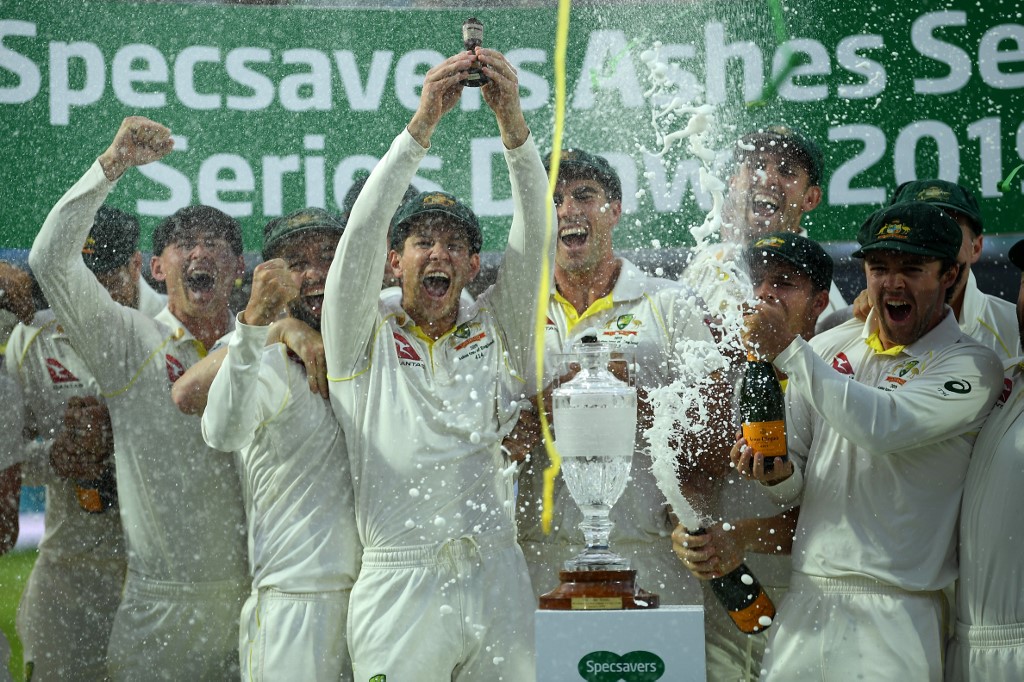 Stuart Broad and Jack Leach on Sunday registered four-wicket hauls each to help England win the fifth Ashes Test at The Oval by 135 runs. Earlier in the day, the hosts set a daunting total of 399 for the Aussies to win the final Test and claim the series. Despite a fighting ton from Matthew Wade, Australia ended up on the losing side. The Ashes series has ended in a 2-2 draw for the first time since 1972.

Resuming on their overnight score of 313/8, England were all-out on 329 as Pat Cummins and Nathan Lyon wrapped up the tail. Jofra Archer was the first one to fall, flicking down the leg side to the keeper. In a rare instance, Australia captain Tim Paine successfully reviewed an umpiring decision, meaning Archer had to walk back. Jack Leach followed with a top-edge off Lyon.

Once again, Australia got off to a horrendous start, losing both their openers early and to Broad. The England pacer came round the wicket to the left-handed Marcus Harris, upsetting his timber in the 5th over. And then, for the seventh time this Ashes, Warner succumbed to Broad who hurled a length delivery from round the wicket. The southpaw, in the worst form of his life, tried to poke and ended up drawing an edge in the slips.

For the umpteenth time, Australia’s hopes rested on the hit pair of Marnus Labuschagne and Steve Smith. The duo has been regularly bailing the visitors out of trouble in this series. But this time, it was a little too much even for someone like Smith. Both batsmen added 27 runs for the third wicket before Labuschagne was stumped off Leach’s bowling. The left-arm spinner was getting plenty of turn on a wearing pitch and was successful in dragging Labuschagne out of the crease.

At the other end, Broad continued to torment Smith and Matthew Wade, who were attempting to restore order in the Australian camp. In the 27th over, Smith tried to hit a simple length ball from Broad to leg gully, where Ben Stokes was stationed. Stokes dived to take a sharp, low catch and England celebrated as if they’d already won the match.

Ton-up Wade fights back but in vain

With Australia’s two best batsmen back in the hut, the pressure was tremendous on Wade. But the 31-year-old showed absolute resolve and strung two fifty-plus stands with Mitchell Marsh and skipper Paine, who happily played supporting roles. He even survived a hostile spell from Archer and was fearless in his confrontation with the fast bowler. For a while, the left-hander’s brilliant counter-attacking sent nervous jitters in the England dressing room.

In the 49th over, a pacy delivery from Archer hit Wade on his front pad. England went for the DRS straightaway but to no avail. Making the most of his lifeline, he got to his second hundred of the series, and the Aussies suddenly started hoping for a miracle at The Oval. Wade again survived in the 70th when Jonny Bairstow fluffed a stumping chance off Joe Root. And then in the 72nd over, when he was wrongly given out by the umpire but successfully reviewed it.

But it was only a matter of time until the Australian innings would blow up. While Leach and Broad struck at regular intervals, the England captain bagged a couple of wickets as well. Root first dismissed Marsh, breaking another valuable partnership brewing in the middle order. Then, in a desperate attempt to get a breakthrough, he brought himself on in the 76th over. The trick worked and Wade was on his way back after a sensational stumping from Bairstow. Leach then cleaned up the tail and Australia folded for 263.

Thank you Trevor! An emotional goodbye for our coach in the dressing room after his final match in charge 👏 pic.twitter.com/hkYXJmIQR1 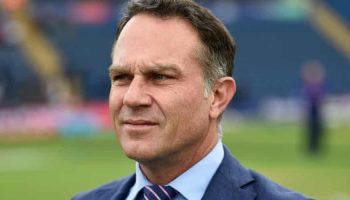 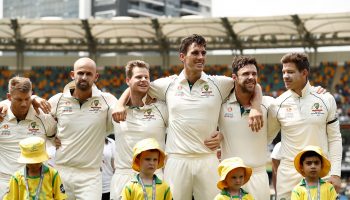 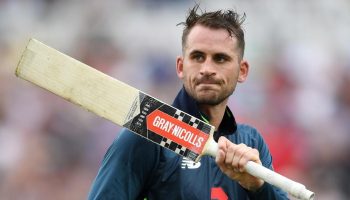 Does Alex Hales deserve a better treatment from the ECB? 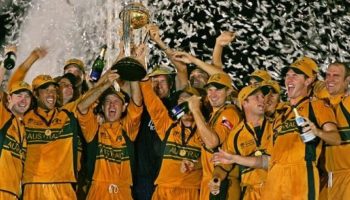 On this day in 2007: Australia make it a hat-trick of World Cup wins 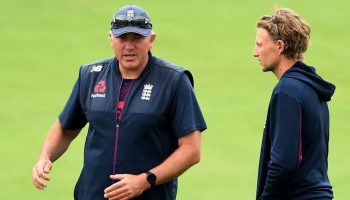