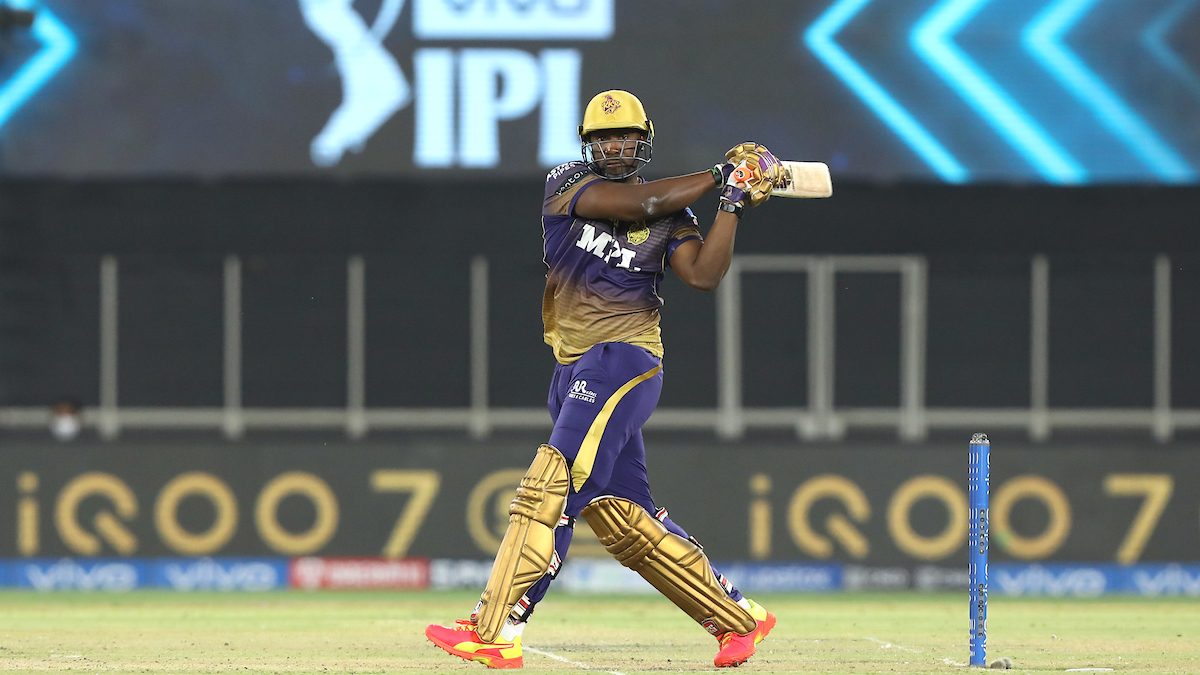 IPL franchise Kolkata Knight Riders recently shared a video where the players can be seen involved in a unique practice session meant to check the biggest six-hitter amongst the purple brigade. The team took a power-meter challenge to measure the power of their strokes as they went for the big shots.

Quite unsurprisingly, Caribbean all-rounder and power-hitter Andre Russell came up trumps, followed by Shubman Gill, Dinesh Karthik, Eoin Morgan and Nitish Rana. The six-hitting spree was organized in two parts, with the leader board being:

Meanwhile, KKR was struggling during the first half of the IPL 2021, where they won merely two fixtures out of the seven played, to be placed second-last in the table. The tournament was suspended midway through after a spate of Covid-19 cases emerging inside the bio-secure environment, forcing the IPL management and BCCI to halt the league abruptly, with only 29 games completed.

The second leg of the tournament gets underway with Chennai Super Kings taking on the Mumbai Indians in the UAE on September 19, while KKR will resume their proceedings of the second leg against Virat Kohli’s Royal Challengers Bangalore on September 20. Incidentally, KKR and RCB was the first encounter which was postponed as KKR’s Varun Chakravarthy and Sandeep Warrier had returned positive tests. An increasing number of cases in the camps of CSK, DC and SRH meant that the tournament had to be postponed.

Further, there were doubts regarding the player availability for KKR players due to England’s tour of Bangladesh. With that series now pushed back until 2023, the way for all the players is clear for the participation in the cash-rich tournament, which is also earmarked as the build-up to the T20 World Cup 2021, scheduled to start in UAE and Oman only two days after the IPL final on October 15.

Meanwhile, KKR, who will be missing the services of ace pacer Pat Cummins, on August 26, signed New Zealand’s Tim Southee as a replacement player.