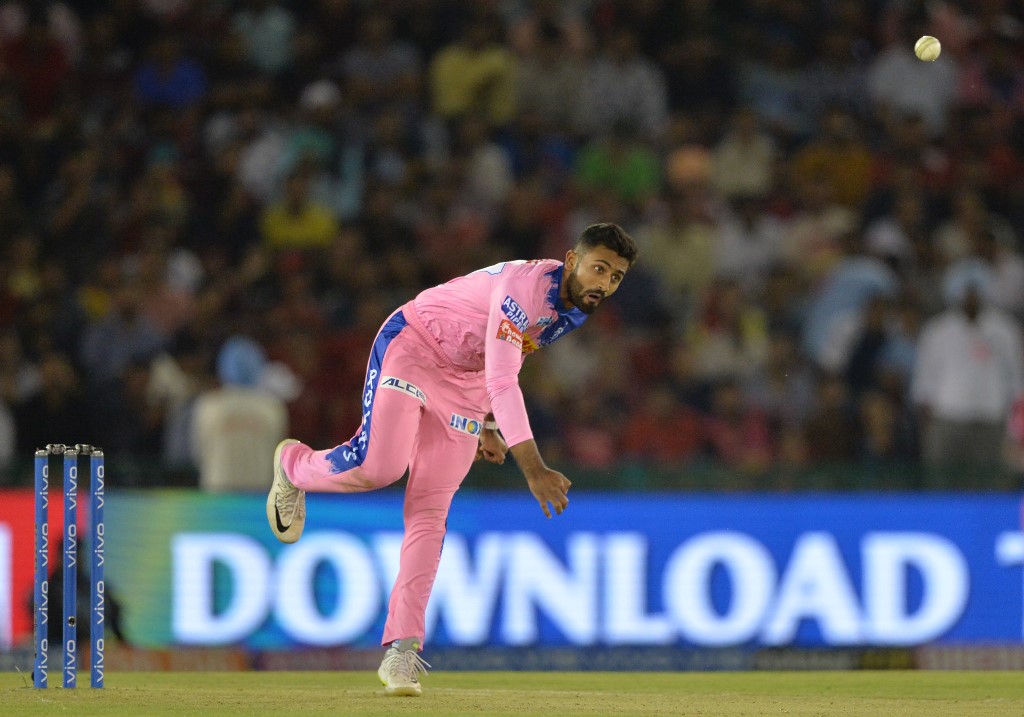 India all-rounder Shreyas Gopal tied the knots with long-term girlfriend Nikitha on November 25. He took to his Instagram account to share the pictures from his ceremony. The duo had gotten engaged earlier this year.

Gopal was last seen in action during the 14th edition of the Indian Premier League, which was suspended midway through after the emergence of Covid-19 cases inside the bio-secure environment created for the franchises that led the Board of Control for Cricket in India (BCCI) and the IPL governing council to postpone the league immediately.

He did not have much business until the season suspension as he scored an unbeaten seven against RCB, while he did not bat against the Punjab Kings. With the ball, he returned with 0/35 and 0/40 in the two matches, respectively. He played only a solitary encounter (against Mumbai Indians) after the season resumed in the United Arab Emirates in September, returning after scoring a duck and figures of 0/9 with the ball.

Rajasthan Royals, however, could not qualify for the playoffs, and finished only a spot above Sunrisers Hyderabad in the points tally, with nine losses in 14 league games. The next edition of the Indian Premier League will see ten teams, as two new franchises – Lucknow and Ahmedabad – have been added to the pool of existing eight teams.

The edition will be preceded by a mega auction, likely to be held in December or January. As per the retention rules released by the BCCI, maximum of four players can be retained by each franchise, with a maximum of two overseas.

From the players that the other eight franchises released, the two new franchises will be able to pick three players each without going into the auction pool. The three players picked will not be available for bids by other franchises.

Further, the auction purse will be INR 90 crore, INR 5 crore higher than the previous purse. If a franchisee retains four players, it will have to pay a total of INR 42 crore out of their auction purse (16cr, 12cr, 8cr and 6cr to four players respectively).

For three players, the sum deducted from the purse will be INR 33 crores (15, 11 and 7); for two players INR 22 crores, whereas for one player, the sum is set out to be INR 14 crores for capped and INR 4 crores for uncapped.