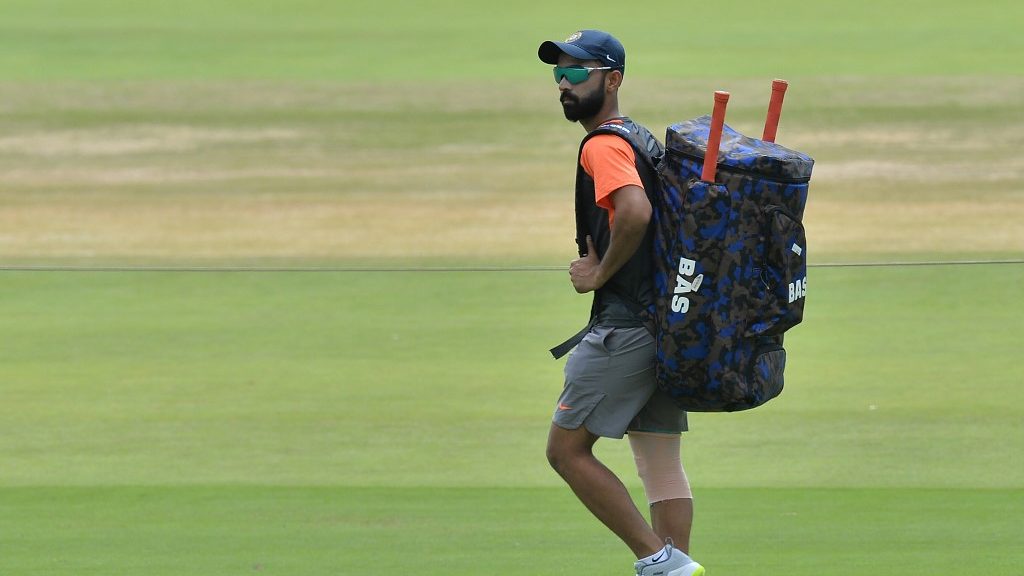 After having scored a valiant half-century in the previous Test against South Africa at Johannesburg, Team Indian Test specialist Ajinkya Rahane looked clueless in the series-deciding third Test at Newlands, Cape Town as he could only manage 10 runs in two innings. He walked back for just one run in the second innings after being caught by skipper Dean Elgar at first slip off Kagiso Rabada.

As his poor form continues to add more pressure on the Indian batting order, cricketer-turned-pundit Sanjay Manjrekar wants Rahane to go back and play first-class cricket in order to regain his lost touch. Analysing his dismissal in the ongoing contest, Sanjay Manjrekar said that it is a combination of a good delivery as well as the middle-order batter’s form.

Pujara has a stronger case than Rahane in my books: Sanjay Manjrekar

“He needs to go back and play first-class cricket and hopefully get his mojo back. I would not give Rahane another innings. Pujara has a stronger case in my book”, said Manjrekar while speaking to ESPNcricinfo.

“Nothing about Rahane in the last 3-4 years gives me hope that he is coming back into form. There have been glimmers when he got a hundred in Melbourne. But, apart from that, nothing much,” the former Mumbai batter added.

Ever since his match-winning 112 at the MCG against Australia last year, Ajinkya Rahane has not been able to play any impactful knocks, including the WTC final and the subsequent Test series against England.

In 2021, the former Indian Test vice-captain could only amass 547 runs from 15 matches at an average of just 20.25. While the Mumbai cricketer did manage to register three half-centuries with his best score being 67, he has been dismissed at single-digit scores on 11 occasions thereby, adding too much pressure on the middle and the lower-order in red-ball cricket.

Coming back to the Cape Town Test, India need eight more wickets to conquer the ‘Final Frontier’ and they would be confident after getting rid of Proteas skipper Dean Elgar just before stumps on Day 3. Chasing 212 on a surface offering uneven bounce the visitors are comfortably placed at 101/2 with a well-set Keegan Pietersen looking forward to anchoring the chase.