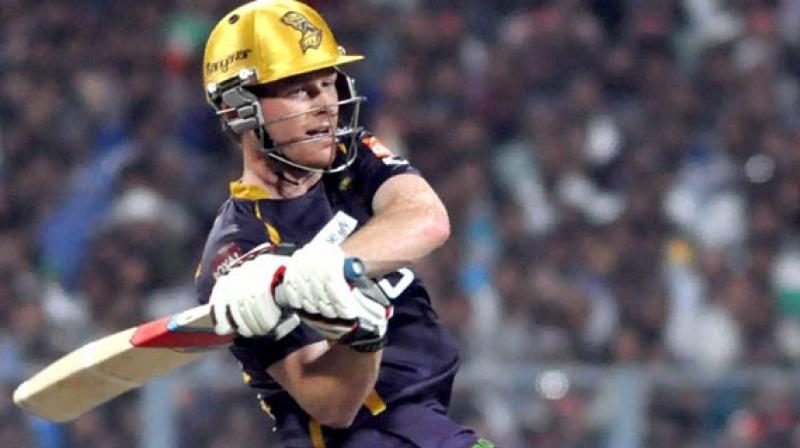 Former India opener and now commentator Aakash Chopra was left unimpressed by Eoin Morgan’s captaincy tactics against Chennai Super Kings. In a tense fixture that went down to the wire, Dhoni’s CSK recorded a two-wicket win on the last ball, chasing 172 in Abu Dhabi.

Chopra termed Morgan’s decision to not use Sunil Narine in the penultimate over against CSK as one of the most “debatable captaincy calls”, not least because the West Indies spinner nearly defended four runs off the last over, including a wicket of an on-rampage Ravindra Jadeja, whose 8-ball 22 proved crucial in the context of CSK’s chase.

Narine not bowling the 19th over vs #CSK. Varun Chakravarty not bowling an extra over in the PP overs against #RCB in the first half. After taking 2 wickets including Kohli’s. Two decisions that’ll go down as the most debatable captaincy calls in #IPL2021 #KKR

Despite being in cruise control for the larger part of the chase, regular strikes towards the backend brought KKR into the game, with CSK needing 25 off 10 at one stage. However, unleashing the death-over monster inside him, Jadeja belted Prasidh Krishna bowling the penultimate over for 6,6,4,4 to distil down the equation to 4 needed off 6.

Narine removed Sam Curran on the first ball of the final over, followed by a dot before Shardul Thakur scooped him behind to pick three. A dot ball later, Narine pinned the destructive Jadeja lbw at scores tied and a ball left. Eventually, Deepak Chahar managed to sneak a run to take his side across the line, however, with that kind of form in the crunch moment, what would have happened had Narine, and not Krishna, would have bowled the penultimate over is anybody’s guess.

Chopra further highlighted Morgan’s decision of not bowling Varun Chakravarthy during KKR’s meet with RCB in the first half of the league, when the latter was removed from the attack despite claiming wickets of both Rajat Patidar and Virat Kohli inside the powerplay. By the time Chakravarthy was reintroduced, Glenn Maxwell had already switched on the beast mode gear in his batting drive, as he rebuilt alongside Devdutt Padikkal through an 86-run stand.

To add more, in the same fixture, Morgan also opted to throw the ball to ball in the penultimate over to Harbhajan Singh against AB de Villiers and Kyle Jamieson, with the former well-set. Harbhajan ended up leaking 18 crucial runs on the slow Chepauk surface in the penultimate over, taking RCB to a mammoth 204/4, which would prove 38 too much for KKR eventually.

Meanwhile, KKR still find themselves in the race of playoffs, placed fourth in the table, having four wins and six losses, with four league fixtures left.