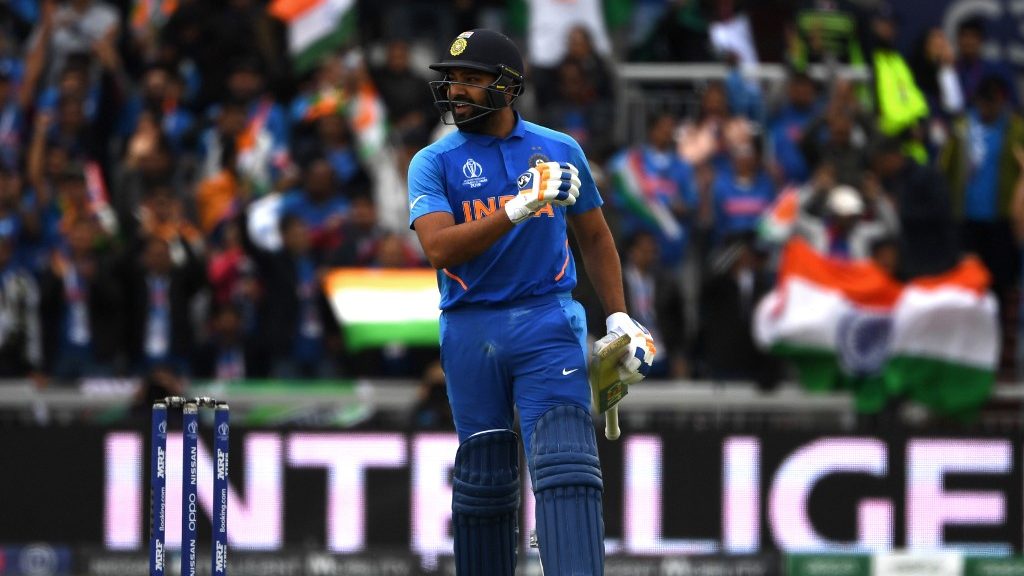 On 14th July 2019, one of the greatest-ever World Cup finals paved the way for England clinching their maiden World Cup title in a thrilling encounter against New Zealand.

The belief prior to the tournament was that we would witness a host of records being broken. The 2019 World Cup did not disappoint one bit in this regard as we saw runs, wickets and sixes galore! Here’s a look at 5 such records that were broken and created on the way…

It was a breakthrough tournament for Rohit Sharma, who at many points, appeared to be a one-man army. He was elegant and brutal in equal measure, scoring a mammoth 648 runs during the tournament, topping the scoring charts. He finished a run ahead of Australia’s David Warner, who scored 647 runs. Although he could not break Sachin Tendulkar’s record of most runs in a single edition of a tournament, which stands at 673, he did manage to surpass another big milestone. The Hitman ended the tournament with 5 centuries, surpassing Sri Lankan legend Kumar Sangakkara, who scored 4 during the 2015 edition. Overall, Rohit now has 6 centuries in his World Cup career, tying him at the top spot with Sachin who too has 6.

What is it about Mitchell Starc and World Cups? The Australian pace spearhead raises his game to another level altogether when the tournament comes rolling. He was once again on the money during the 2019 edition, terrifying the batsmen with his pace, bounce and those searing yorkers. Starc ended the tournament with 27 wickets, easily ahead of Lockie Ferguson who had 21 scalps. He bettered his own performance from the 2015 edition, where he was the joint-highest wicket-taker with Trent Boult with 22 scalps. The haul of 27 wickets also meant that he overtook legendary Australian pacer Glenn McGrath’s tally of 26 wickets during the 2007 World Cup in West Indies.

What a tournament Kane Williamson had! He was brilliant with the bat and extraordinary on the field while marshalling his troops. For his efforts, he was named the player of the tournament, despite not being the top run-scorer. He ended up scoring 578 runs at an average of 82.57 with 2 centuries to his name. This run tally took him past former Sri Lankan skipper Mahela Jayawardene, who previously held the record of most runs by a captain in a single edition. Jayawardene had scored 548 runs leading the Lankans during the 2007 World Cup.

Eoin Morgan will fondly look back upon the 2019 World Cup as the highlight of his glittering career. He became immortal in the history of the English cricket, becoming their first-ever captain to lift a World Cup trophy. He will also have a big landmark to his name, which he achieved during his brutal knock against Afghanistan at Old Trafford. His 148 in just 71 deliveries was one of the highlights of the tournament and also allowed him to be on the top of the mountain, as far as most sixes in an ODI innings are concerned. He hit 17 massive sixes, going past the 16 which previously belonged to Rohit Sharma, AB de Villiers and Chris Gayle.

Despite being one of the best bowlers in the world, Rashid Khan had a torrid time during the tournament. The pitches in England weren’t exactly conducive for his style of bowling, which reflected on his figures. He only managed to pick up 8 wickets in 9 matches and couldn’t deliver the breakthroughs which Afghanistan hoped for. In the same game match where Eoin Morgan had his moment of glory, Rashid had the worst day of his cricketing career. He conceded 110 runs in his 9 overs without picking up a wicket. This took him past New Zealand’s Martin Snedden, who had conceded 105 runs in 12 overs against England in 1983 for the most expensive spell in the history of World Cup.