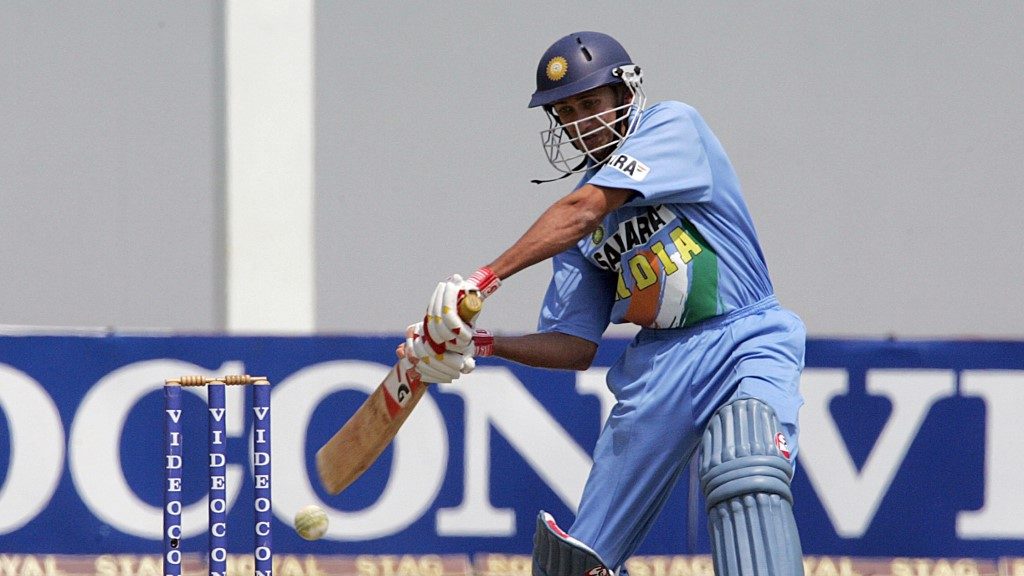 ODI cricket is experiencing what is called as ‘run inflation’. With more and more batting-friendly playing conditions being introduced, the total of 500 in 50 overs is not untouchable in modern cricket. In recent years, we have seen the records for fastest fifties and fastest centuries getting shrunk. However, India have been immune to it. Here are India’s five fastest fifties in ODIs. There are a few surprises in store for you.

India batted first in Dhaka against Bangladesh in third of the three-match ODI series of 2004/05. The visitors were still upset from the loss they had suffered the previous day. After the top order had set a solid platform, Yuvraj Singh blasted the Bangladeshi bowling to collect almost 100 runs in the last 10 overs. His fifty came up in just 22 balls and he was dismissed on 69 from 32 balls aided by 8 fours and 3 sixes. India went on to clinch a 91-run victory.

In a match dominated by Virender Sehwag’s 130 and Sachin Tendulkar’s 102, it was Rahul Dravid’s 50 not out that hogged the headlines. Walking out to bat in the 44th over, Dravid had the full freedom to attack New Zealand bowlers. He brought up his fifty on the last ball of the innings. His 22-ball stay was packed with 5 fours and 3 sixes. India won this TVS Cup 2003 encounter in Hyderabad by a whopping margin of 145 runs.

India were off to a phenomenal start as Tendulkar and Sourav Ganguly added 258 runs for the first wicket against Kenya. All that was left for young Sehwag to do was go out and smash a fifty in no time. He smashed 55 off just 23 balls with 7 fours and 3 sixes. India finished with a score in excess of 350 and ended up winning this encounter in 2001 at Boland Park, Paarl by 186 runs.

It is a great surprise that an innings from 1983 finds a spot in this list. It belongs to none other than India’s miracle man – Kapil Dev. Against a bowling attack that contained Michael Holding, Malcolm Marshall and Andy Roberts, Kapil smashed 72 runs from just 38 balls with 7 fours and 3 sixes. His fifty came up in just 22 deliveries. This 27-run victory boosted India’s confidence ahead of the World Cup and the rest is history.

This one takes the cake. India have produced countless world-class batsmen in all these years but the record for the fastest fifty in ODIs belongs to Ajit Agarkar. This happened in Rajkot 20 years ago. Against Zimbabwe, India had lumbered to 216/6 in 43.3 overs. Agarkar swung his bat around to strike 7 fours and 4 sixes. He completed his half-century in just 21 balls and finished with 67 not out from 39 balls. He later produced a spell of 3/26 to secure a victory for India.